Reda Group is in the enviable position of having first-hand knowledge of the entire production chain - from the fleece to the finished fabric.

The Italian textile company, owned by the Botto Poala family, owns 30,000ha in the Waitaki Valley and the Mackenzie, farming merino sheep on Rugged Ridges, Otamatapaio and Glenrock stations.

That meant the company knew the problems and challenges that their grower suppliers were encountering.

On the flip side, their close relationship with growers and willingness to engage with them, meant the farmers also gained an understanding of the company's business and its own challenges.

Since first buying land in New Zealand in 1993, there had been many changes in the textile and farming industries.

But, as Fabrizio Botto Poala put it, change was inevitable - and it was something the long-established company had embraced as it focused on sustainable innovation.

Reda might be steeped in history and tradition but it was also very forward-focused. If it had not embraced innovation, it might well have not survived industry consolidation and casualisation.

Based in Biella, in the north of Italy, the company was founded in 1865 by namesake Carlo Reda and subsequently expanded over the years by his son Giovanni.

In 1919, the business was sold to brothers Albino and Francesco Botto Poala who came from an artisan family of expert weavers.

Since its establishment, Reda had transformed from a small mill supplier for local tailors to an industrial wool production house that produced about 7.5million metres of fabric annually, or the equivalent of about 15,000 suits worth of fabric a day.

Exports represented about 80% of its turnover and were mainly concentrated in the United States, Germany, China and Japan.

Fabric was supplied to such luminaries in the fashion world as Hugo Boss, Ermenegildo Zegna, Armani, Ralph Lauren and Gucci.

The Botto Poala family were still at the helm of the company's management and Francesco - chief operating officer - and Fabrizio - raw material purchasing manager - were in Otago this month.

They hosted a conference in Wanaka last week, attended by merino growers who supply it, which included its Marque of Excellence awards.

Such a meeting was very important; as well as sharing Reda's vision of the market and the threats and opportunities, they wanted to hear from the growers - to bring value to the relationship, Francesco said.

The company needed to get the feeling of growers; that was what it had been building on, and it was the only way it could grow. And it was not just about prices; everyone brought value to the table, he said.

Reda production was divided into two different lines, both made exclusively of merino wool.

Reda 1865 was characterised by high quality classic fabrics designed to meet the specific needs of tailoring cuts, while Reda Active was developed specifically for both technical sportswear and trendy leisurewear.

Traditionally, the formal suit market was Reda's bread-and-butter but it had diversified into the latter in recent times, ensuring its survivability, and it continued to see great opportunity in the activewear market.

In the past few years, there had been much innovation in that area and new fabrics had been created - not only to make garments but for other new opportunities such as shoes - including the massively successful Allbirds co-founded by former All Whites captain Tim Brown - and fabrics in ski boots.

Sustainable wool had been talked about for many years but the customer was not prepared. Now, messages were being received from the consumer that they wanted something that was sustainable, Fabrizio said.

It was now a world in which the consumer wanted to "know everything'' - Francesco said - from how the fabric was made to where the wool was grown, how it was grown, who the wool grower was and how the sheep were treated.

Having certification such as the New Zealand Merino Company's ZQ - launched in 2007 as the world's first ethical wool brand - was a very good tool that could be presented to customers.

There was now an opportunity to prove the traceability and sustainability of the product. That was the trend at the moment.

Reda's research department was working on different projects related to new products to increase the performance of wool in a sustainable way, and to increase the applications of the fibre.

Concentrating on research was of benefit to the future and the market needed a lot of innovation, Francesco said.

During a trade fair in June, Reda presented its most recent product, Reda Active Lifeproof, a new high-performing and completely biodegradable membrane for which there was now a patent pending.

Other recent developments included a formal merino shirt and a luminar membrane that recharged with sunlight.

The textile industry was the second-biggest polluting industry in the world and, in an age when garment waste was a global concern, Reda was committed to eliminating waste.

Reda was the only EMAS-certified vertical textile mill in Europe. EMAS, which stands for Eco-Management and Audit Scheme, is a voluntary instrument created by the European Commission that aims to contribute to the creation of a sustainable economy.

The company worked to recycle and repurpose each element used to create its fabrics. Materials from the recombing stages of the yarn-making process were collected and turned into yarns to produce other garments.

Since 2004, Reda had a wastewater treatment plant to recover and reuse wastewater in work cycles to optimise the "consumption of water/kg of wool'' ratio. To produce a kilo of wool used to take about 300 litres of water but Reda halved that consumption.

In 2009, Reda equipped itself with a photovoltaic system to produce electricity through renewable sources.

If Reda could produce a fabric with less environmental impact than its competitor, consumers were likely to choose that fabric.

Asked how much benefit there would be to get carbon neutral or carbon positive wool in the marketplace, Francesco said there was probably not value now, as no-one was talking about it, but probably there would be.

When it came to Life Cycle Assessment and Environmental Product Declaration, Reda had started to measure the impact of its fabric, and had collected data to assess the impact of the process from energy through to water use, transport, CO2 and waste.

That was good news - "as long as you know, you can do something, if you don't know, you can't do anything'', Francesco said. 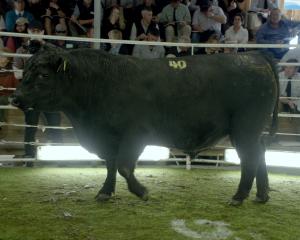