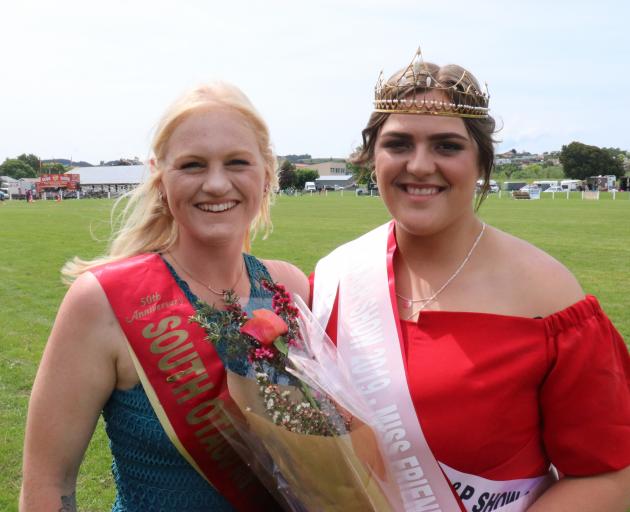 "I just love it. I love getting the opportunity to see these kids have a go at a new game and walk away with a prize and a big smile," Mrs Levy said.

She operates some of the carnival games that travelled for the show on Saturday, but makes her home in Ashburton.

"I do the Ashburton show, sometimes Christchurch, sometimes the [Alexandra] Blossom Festival. It’s a lot of fun.

‘‘My grand-daughter also loves that I do this work.’’

Alongside the many games and rides that returned to the A&P show, the much beloved cattle judging events also made a comeback.

"We didn’t have them last year because of the [Mycoplasma] bovis."

Rain and flooding were also an issue at the 2018 show,

but no such problems arose this time, with warm sunny weather turning out the punters in droves for horses, cows, sheep, wood-chopping, face painting, hot-dogs, coal shovelling and show queens.

Aleesha Carley was named South Otago A&P Show Queen for 2019, much to her surprise.

"I genuinely never expected it. I thought one of these other lovely ladies would win," Miss Carley said.

The return of the show queens was up in the air this year, and the competition was called off a few weeks out from the event.

"My favourite part was bonding with the girls. I’m definitely going to have some lasting friendships."

This was fitting, as Miss Carley also won the title of Miss Friendship, voted on by the entrants themselves.