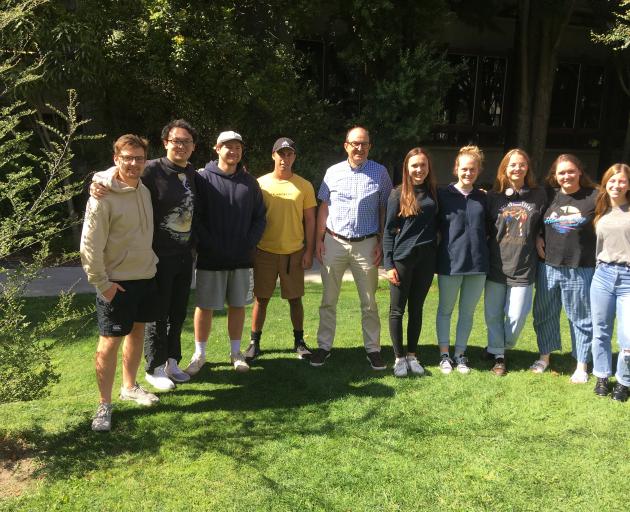 Prof Manley has worked in forestry since 1976 and said forestry plantations were essential to meeting New Zealand’s international obligations and reaching the carbon-zero goal.

“The only way New Zealand is going to meet that is, in part at least, through using plantations and in native forest reversion.”

He said “native forest reversion” could be achieved through supporting the regeneration of native species to naturally occur, when there was a natural seed source.

While there were good long-term environmental benefits to native tree plantations, they tended to take more work to establish than exotic trees.

“The challenge with natives is that with radiata pine you do a weedicide spray when you plant it and then a year later, but with native species you may need to do it for 10 years.”

With climate change expected to lead to more frequent and severe dry summers in Canterbury, there was an increased risk of major fires which had the potential to destroy forestry plantations.

Following the 2017 Port Hills Fire, UC forestry Professor David Norton has been conducting trials into native regeneration after a fire on Banks Peninsula.

“We are always concerned about fire risk, but with these dry conditions there is certainly a much higher risk,” Professor Manley said.

“It was fantastic. To be recognised by your peers and to be awarded in front of your peers is a huge honour.”

The award recognised his work on carbon forestry which helped underpin New Zealand’s Emissions Trading Scheme, including some of the proposed improvements including “averaging”, which reduced the risks particularly for small growers.

“It is great that the proposed changes also mean that after a wind or fire event the level of carbon may go down, but you won’t have to pay back your carbon credits. You will be put you on ‘pause mode’ until the regrowth gets back to the curve.”

The pair travelled to China, India and South Korea to determine how long New Zealand wood remained in use until it was burned, releasing carbon into the atmosphere.

“We tracked what New Zealand logs are being used to produce and the end-use and life of these products.

“The results of our work are being used by the Ministry for the Environment for Kyoto Protocol carbon accounting and United Nations Framework Climate Change Convention carbon reporting.”