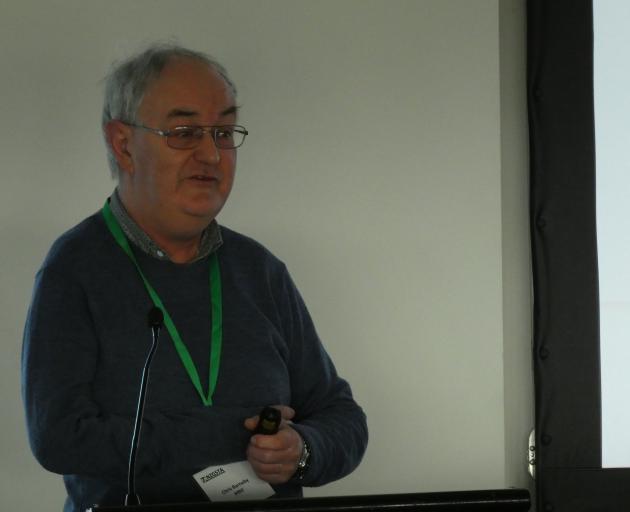 After a long review, government officials hope to have an updated Plant Variety Rights (PVR) Act rolled out in September, which will see it in line with an international convention.

However, it will remain up to the rights holders to pursue court action against anyone failing to make royalty payments.

Plant breeders were given an update of progress at the Grain and Pulses Forum in Christchurch last month.

Ministry of Business, Innovation and Employment senior policy adviser Aidan Burch said the main aim of the review was to lift New Zealand’s regime so it was aligned with an agreement made with the treaty body, the International Union for the Protection of New Varieties of Plants (UPOV).

He said the rights of plant breeders would be strengthened as they were looking for a return on their investments to support ongoing innovations which were becoming more technical, expensive and time-consuming.

Mr Burch said the rights of the current Act focused on commercialisation with the selling and marketing of plant varieties.

He said the big shift with the new Act being developed was that it would cover many actions whether or not a variety was for sale.

The new rights would include plant production, or reproduction; material conditioning; its sale, either through importing or exporting; and stocking for any of those classes.

"So what this means is that any of these now needs the permission of the PVR holder, and obviously that normally takes place contractually through a royalty payment."

He said UPOV had introduced a new concept for essentially derived varieties, but there was still debate on its interpretation.

"It essentially extends the rights of a plant variety rights holder over varieties essentially derived from their variety. So maybe they only differ in some small way. Really, the idea was borne out for preventing — particularly in this age of gene editing advances — someone making only a small change to a variety and being able to market it."

Under existing legislation, farm-saved seed was not covered by exclusive rights because it was not directly an act leading to commercialisation, he said.

"That changes under the new legislation so the expanded rights do cover farm-saved seed because it doesn’t just focus on commercialisation anymore. However, UPOV 91 also permits countries making an exception to farmer saved seed from coverage of those rights. Cabinet agreed to implement that exception so the Bill as it stands is in effect no different to the status quo."

Mr Burch cautioned that there was a provision in the new legislation that reserved the power in the future to pull that back for new varieties.

"It’s an open question at this stage whether that does end up actually making regulations or whether it’s an industry-led solution to the issue."

Plant breeders were told there were no penalties in the new legislation for people breaching plant royalty payments.

"The situation in the new Act is the same as the old Act, which is that an infringement of a PVR is in essence a civil matter between the two private parties and infringement proceedings can be taken against someone alleged to have infringed that right and that can ultimately go through the courts," Mr Burch said.

Plant Variety Rights Office manager Chris Barnaby said there were grey areas and a lot of discussion was ongoing about the legality of propagating plants because of technology advances.

"If you go back 10 or 20 years and think about propagating material ... you think of seed, cuttings, buds and so on, but now with biotechnology and the possibilities of in vitro propagation you can take a piece of apple and generate that apple from that piece. So when you’re looking at it from a legal point of view it becomes quite a discussion about what is propagated material."

He said that might raise questions in the future about the rights difference between seed and grain or the rights of harvested material.

Only new varieties are expected to sit within the new legislation, existing ones staying within the PVR Act and regulations.