Looming 6A plan deadline pushed out 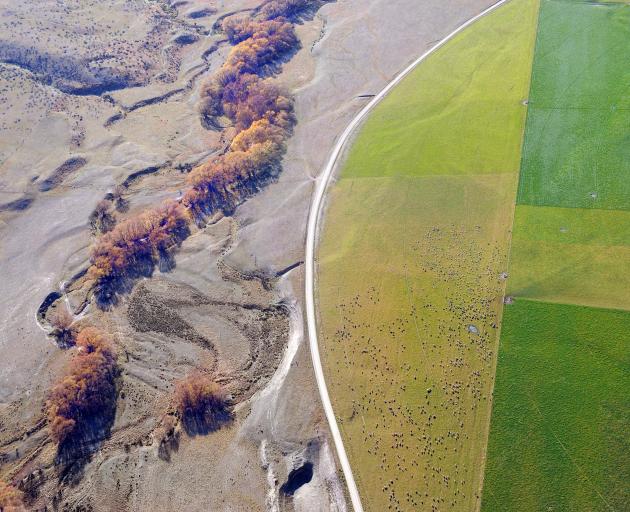 Irrigation has transformed large tracts of Otago farmland. PHOTO: STEPHEN JAQUIERY
A significant milestone looms for rural landowners in April next year when new obligations are scheduled to come in to play to comply with the Otago Regional Council’s 6A plan change for rural water quality. But if a proposal from staff, headed to a council meeting this month, gets approval from councillors, that date will be pushed out to April 2023, as rural editor Sally Rae reports.

In a nutshell, Otago Regional Council chief executive Sarah Gardner says parts of the much-discussed 6A are working really well - but other parts are not.

And with the deadline just months away, the council did not believe it could enforce what was due to come into effect.

Talking to the Otago Daily Times ahead of the council meeting, Ms Gardner stressed the ORC was "absolutely not" walking away from its responsibilities around water quality, which remained its number one priority.

"6A will largely remain intact and we're not stepping away from it holus-bolus. I know there's a lot of skin in the game with 6A. It's really important people understand we're not throwing it out," she said.

The ORC also could not do nothing for "lots of reasons" and some changes needed to be made now. Otherwise, the council did not believe the outcome was going to benefit the environment and the quest for greater water quality for Otago.

Since her arrival at the council 18 months ago, Ms Gardner said there had been much "thinking" about 6A. The timing was very important, given the encroaching date of April, 2020, when those obligations would come into play.

After meeting various key stakeholders within the agricultural and environmental sector, she committed to providing certainty to questions the community had.

Parts of 6A that worked very well included the prohibited activity rules; Ms Gardner cited the recent incident when a farming business was issued with a $39,000 fine.

The charge was brought by the ORC and followed an incident in April last year in which equipment failure led to effluent entering the Pomahaka River from a tributary on a Balclutha dairy farm.

Those rules were very robust and protected the environment from gross negligence and they would continue to be enforced.

But there were also parts of 6A that were not working so well and the ORC did not believe it could enforce those areas, come April 2020.

That related to the likes of the Overseer farm nutrient modelling system, of which version six was within the plan but that version had already been superseded. Even if a substitution was made in the plan, there was a fairness issue.

Then there were other issues which meant a farmer could comply with the rules one day but, with a change of flow, might not the next day.

If that happened, the next outcome was to apply for a resource consent and the council was conscious there were farmers starting to think about needing to apply for consent before 2020.

At this stage, she stressed the proposal was staff advisory to council and the council had not made any decision. It was already being discussed with stakeholders.

A staged approach was being recommended, with stopping "the inevitable outcome of uncertainty" of 6A being stage one.

If approved by the council, then the change - which would line up with government policy expectations - was expected to be notified in October.

Stage two was what was being called a strengthening and alignment plan change which was intended to be notified in March.

That was about what could be done now to make further gains for water quality without having to wait for a full water plan review, and included the likes of effluent storage.

That broader water plan review was "massive" and, at this stage, was supposed to be finished by 2025.

It would look at both water quality and quantity and, rather than a one-size-fits-all approach, would allow it to be more specific and targeted to areas.

The strengthening and alignment would not just be about rural water quality; Ms Gardner said she recognised there were big problems in urban areas with sediment, due to urban land development.

Regional councils had generally been grappling with water quality for some time, as had the Government, and the likes of the Land and Water Forum - among other initiatives - was being seen, and it was also on the cusp of more reform, she said.

The landscape had changed in terms of the way people thought about water quality. The ORC had taken a physio-chemical approach and now there was a significant movement away from that to more of a macro-invertebrate approach in indicating the overall health of waterways.

Its water plan was now also more than 15 years old and it had been a changing landscape over that time.

Ms Gardner said she had listened hard to feedback she had received from not only farmers but also other groups with an interest in water quality - a good representation of the Otago community.

Her understanding was that the rural community really liked the principles of 6A - the effects-based approach - although there was a slightly inaccurate view that you could "do what you like on the land".

But there was also a desire for the ORC to clarify what some of the rules actually meant and, what had become clear was that the council could not make them work for it either.

"We are not going to be successful because we can't make the rules work from an enforcement point of view. So we don't have the tools in the plan to hold anyone to account - but we can't do nothing either."

Ms Gardner said it was not her idea; it was "the very good work" of staff who had been concerned for some time and felt it would allow them to be more effective, so there was a lot of internal support for the change.

Ms Gardner said she could not make any guarantees about how much of that effects-based approach would remain.

The council recognised that it would not achieve the outcomes needed for water quality and the environment by itself. Everyone in Otago had a part to play - everyone needed to be involved in the conversation and in making a difference.

The council's rural liaison team would continue to talk to farmers about what was the "right thing to do" and it would continue to work with communities to support the good work being done by the likes of catchment groups.

Leadership being shown in farming communities was "fantastic" and the council supported and applauded those initiatives. "We can't speak highly enough of these efforts," she said.

What she was hearing directly from those folk was the need to "do something about the bottom end of things" - those who were still operating in a way that was not acceptable.

When contacted, Otago Federated Farmers president Simon Davies said the proposal from the council to push out the dates "made good logical sense" and he was supportive of it.

In the meantime, farmers should carry on as they were currently doing, following "best practice", including doing the likes of riparian strips, fencing off waterways and putting stock troughs in paddocks.

"From an on-the-ground point of view, nothing has changed. I'm very keen to push that message. They need to be continuing good practice and continuing the good stuff," he said.

Otago Fish & Game chief executive Ian Hadland did not to respond to a request for comment.