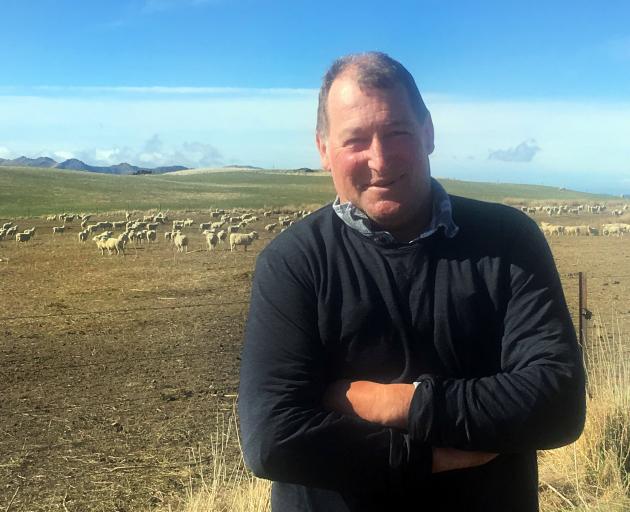 Mr Carswell has been mulling over the highly topical issue of waste and excess plastic.

Last month, it was reported the Waitaki district's waste now travelled to Winton, having previously been disposed of at the Green Island landfill.

It seemed "ludicrous" rubbish was being trucked so far and he questioned how many other regional and urban centres were having issues with rubbish disposal, Mr Carswell said.

And that brought up the serious question of why those plastic/synthetic items that were bulky and took a long time to break down in the landfill were "not being taxed accordingly for their problematic disposal".

The likes of disposable nappies, electrical appliances, mattresses and synthetic carpet - along with other items not able to be recycled - should be "taxed the hell out of", Mr Carswell said.

Those companies that sold those types of products should be responsible for the social cost they caused.

It was not only a big cost to central government, local government and regional authorities but ultimately the taxpayer, he said.

Everyone had a responsibility to actively care for both the climate and environment, both rural and urban alike.

He questioned why those in Government were not repeatedly talking about the issue and actively trying to reduce an incredibly massive cost.

"For the Green Party, it is an incredibly meaningful objective that they could be advocating for, given that they are supposedly all for protecting the environment - yet we hear nothing from them.

"They should be, at every chance, loudly advocating and using their clout in Government to improve our environment by the reduction of this plastic waste and they would have public support to do this. Actually, the Government as a whole should be all over this. Why aren't they?"

Companies producing synthetic products were "super" marketers and it did not cost them as much to make their products as natural alternatives.

If they had a social responsibility to deal with the effects of those products, then that would be good for the environment, and people would also become much more aware of natural products.

In many cases, there were sustainable and natural alternatives with which to replace items that were of a plastic/synthetic derivative.

Mr Carswell, his wife Cilla and their family farm near Dunback, having moved to East Otago in 2013.

Before that, they lived in Gore and Mr Carswell travelled the South Island as part-owner of a company supplying forage consumables.

Exactly!!! Why haven’t they addressed the issue years ago?
It’s either because they are incompetent or the want the issue to blow out so they can push another agenda but most likely the first providing them with the opportunity of the second.
Many countries addressed the issue years ago and no, they DIDN’T tax the products to oblivion. They viewed the ‘waste’ as a resource but try to do that here and it’s the Greens that will poke a stick in your wheel.
Make no mistake. They want to create their view of a utopia and we all should know where that leads.

It should be a seperate tax that gst registered individuals and business cannot write off as a buisness expense.