Manager no stranger to plant reality 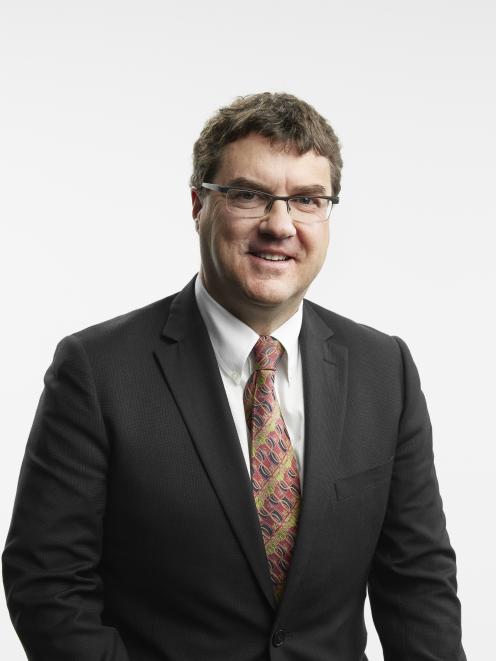 Danny Hailes
As Alliance Group holds its annual meeting in Palmerston North today, business and rural editor Sally Rae speaks to its new general manager, livestock and shareholder services, Danny Hailes about his long and varied tenure with the co-operative.

Danny Hailes always gets a little anxious around the summer holidays.

His anxiety is understandable, for it was a Sunday morning in January 2006 when he was in Wanaka to watch his son play tennis, and got a phone call to say there was a fire at Alliance Group’s Pukeuri plant which he managed.

Quickly driving back, Mr Hailes could smell smoke in his car as he hit Peebles on the lower Waitaki Plains.

The fire, which severely damaged two processing rooms, happened during the busiest part of the season and unsettled North Otago as the community awaited news about the future of its largest employer.

It was a challenging time, he recalled, but he praised the company’s management for getting on with the clean-up and rebuilding immediately.

While the fire was a bad thing to happen, its aftermath did provide the opportunity to install a state-of-the-art boning room, cementing the plant’s future, he said.

Mr Hailes has been at Alliance Group for nearly 27 years; he gave a two year commitment when he joined so he quipped that he was now well in credit.

He was recently appointed general manager livestock and shareholder services after holding a variety of roles within the co-operative.

After graduating from the University of Otago with an honours degree in law, he worked for law firm Arthur Watson Savage in Invercargill.

He had an interest in company law, particularly around co-operatives, and he did some work with Alliance Group while there.

He then joined Alliance as group legal counsel before making the ‘‘big step and a big change’’ to move to Dannevirke as plant manager.

It was an interesting time for the co-operative; while it had been acquiring livestock in the North Island, it had not had an operation there, so it was its first foray into the island.

It demolished and rebuilt a plant, creating about 220 jobs.

In his previous role, Mr Hailes had spent a lot of time at plants and getting to know the people — ‘‘then you get to understand their processes’’ — so he had a ‘‘lick’’ of operations, albeit from the sideline.

‘‘I hadn’t been working on a site full-time but I had a good understanding and, in particular, of the company, how it operated, what was important was and what wasn’t.

‘‘The whole industry, it’s basically a people industry; It’s about relationships with people and establishing those and maintaining them,’’ he said.

It was an exciting time. Not only was Alliance new to the area, but it was also a brand new plant so it required everything from recruiting people to getting it up and running.

Not everything was plain sailing, and there were ‘‘a lot of challenges along the way’’, but it was an exciting time to be involved.

‘‘The key thing is having a good team around you, you can’t do any of this stuff by yourself. That was the case in Dannevirke.’’

From there, Mr Hailes moved to Pukeuri, just north of Oamaru, in 2004 for seven seasons at what was a bigger, more integrated plant.

Dannevirke, at that time, was only a lamb slaughtering and boning operation with an
emphasis on chilled lamb.

It did not have a big water treatment or major wastewater facility and there was negligible storage.

Pukeuri was what he described as a fully integrated plant; it processed multiple species — sheep and lamb, cattle and calves — and had a significant skin processing operation at that time.

It was a well established plant where some people had literally been working since before he was born, he said.

Pukeuri was an opportunity to gain a greater understanding of the processing side of the
business, from beginning to end, and not just about the product but all those other things, such as water treatment disposal which, if not done right, could stop the operation.

Mr Hailes later returned to Alliance’s head office as general manager commercial, looking after various projects, including some of the company’s research.

He became involved with the start of the Red Meat Profit Partnership and also entered the deer industry, joining the board of Deer Industry New Zealand.

When long-serving company secretary Michael Horn retired, Mr Hailes took over that position and, most latterly, filled in at Mataura as acting plant manager for eight months.

Being back on plant after a period away was interesting; it reinforced just how reliant the Mataura and Gore communities were on the plant, just as Oamaru was on Pukeuri.

It was important that everyone working in those plants understood that too and did not take things for granted. New Zealand was speckled with closed-down meat works, he said.

Livestock was an area he had always been interested in but never really became deeply involved with, tending instead to remain on its periphery.

But it was all about people — ‘‘it’s relationships’’ — and it was on-farm where the business all started.

‘‘For Alliance Group, a wholly farmer-owned co-operative, our business stands or falls on our ability to procure livestock from our shareholder suppliers and deliver value to them.’’

Salespeople could not sell anything, and employees at plants could not process things, if they did not have them.

While Mr Hailes did not grow up on a farm, he spent time on farms as a child and he has always had an affinity with farmers.

‘‘The closer we work together, the more successful we will be.’’

Mr Hailes was looking forward to getting out on farms in the New Year with his regional teams, meeting shareholders and ‘‘trying to cement that relationship’’.