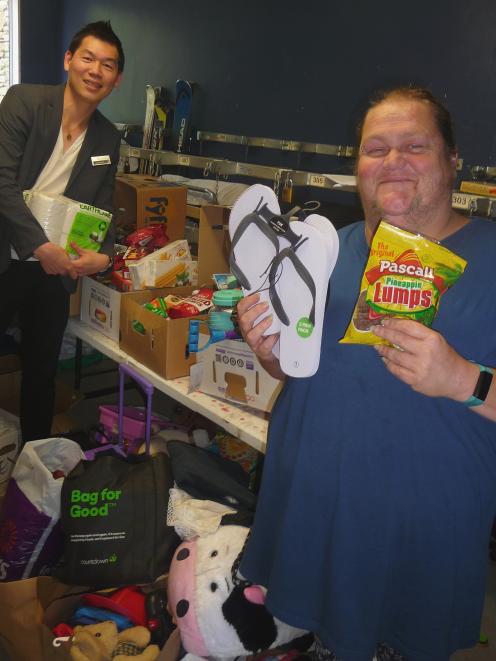 The collection effort has been set up by Methven resident Wendy White who saw the Facebook campaign launched by NZ Gifts of Love and Strength, a volunteer group working to help families impacted by tragedies, and decided her rural town could help.

A collection depot has been set up at Methven Resort, in Methven, for donated items such as toiletries, non-perishable food, bedding, toys and other useful items. A storage room at the resort is filling fast with donations since word got out.

‘‘I’m a country girl and when the going gets tough the rural community is usually there to lend a hand.

‘‘There is a need for all of these basic items and it’s a matter of collecting them, boxing them and getting them to where they are needed,’’ she said.

It is among various fundraising events in the district, and further afield, to help those affected by the fires.

Within Mid Canterbury, efforts include a community craft day and a hip-hop dance workshop.

Nationwide, Federated Farmers members are also promoting their sister organisation, the National Farming Federation of Australia, which has suggested donating via Farmhub at bit.ly/2ukym9H to help fire-affected farmers.

ANZ Bank has also shown support for New Zealanders wanting to donate money to the Australian bushfires relief effort. It has removed the international money transfer fee, until January 20, 2020, for payments sent from New Zealand to Australia via internet banking or goMoney.

Ms White said she was grateful to Methven Resort owner Ole Wallis and to the people in the community in which they lived.

‘‘Toiletries are a big thing needed, as well as items like baby formula, baby wipes, nappies and clothing for all ages,’’ she said, as she was busy juggling work with boxing up items and labelling boxes.

She said the collection point would run until Saturday and items would then be freighted by Wareings to the NZ Gifts of Love and Strength warehouse in Christchurch.

From there it was hoped the donations could be air-freighted out quickly and into the hands of those affected by the fires.

‘‘Our hearts go out to everyone affected by the fires and also to firefighters putting their lives on the line.

Donated items can be dropped off at the storage area to the left of the main entrance at Methven Resort between 10am and 4pm most days, or can be left at reception at other times.