Nebraska trip all about irrigation 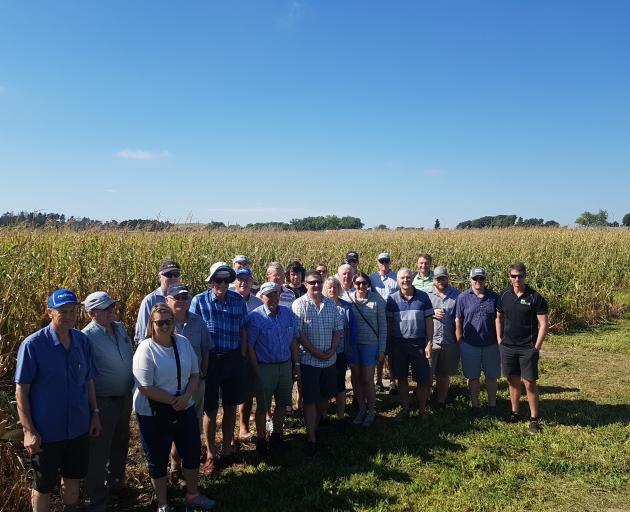 Farmers, irrigators and industry consultants and representatives spent five days in Nebraska recently, and one of the places they visited was the Nebraska University Extension Centre trial farm, where corn is grown. Photo: INZ
Ben Donaldson, of Cromwell, was one of a group of people to visit Nebraska to look at new technology and new ideas relating to irrigation.

The recent five-day trip was organised by Irrigation New Zealand and as well as farmers, there were irrigators, consultants and service industry representatives. 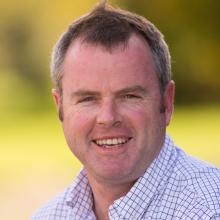 "For me the greatest learnings were around the nitrate levels in the water, education of the children in regards to agriculture and how the use of fertigation ties all of this together," he said.

"It impressed me to see the resources put in to education in regards to agriculture, and the flow-on effect of this is generations of people understand the need for agriculture and understand where their food comes from."

He was interested in the use of fertigation, which involved applying fertilisers to the plant, little and often,  for a relatively low cost and quickly.

The Nebraska Co-operative Republican Platte Enhancement project (NCORPE),  a joint project of four natural resource districts (NRDs), was designed to ensure the state of Nebraska met its interstate water obligations. That meant it had to ensure a minimum amount of water remained in a river system when it reached Kansas. 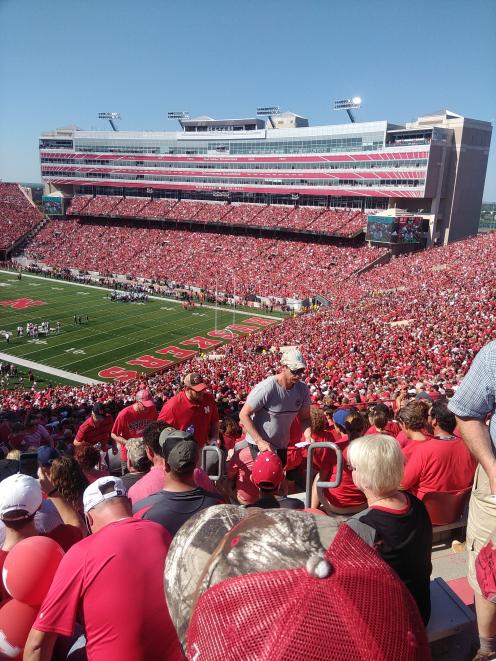 Members of Irrigation New Zealand’s tour and another 90,000 people attended a Cornhuskers football team college match in Nebraska. Photo: INZ
"To meet their obligations, the NRDs combined together and purchased a 19,500-acre [7800ha] cropping property, with 15,800 acres [6320ha] irrigated from 115 groundwater wells, irrigated via 115 centre-pivot irrigators," he said.

All of the above-ground infrastructure was sold, 35 of the groundwater wells were linked together and a 1m diameter pipe transferred about 5000 litres  of water per second 10km to  the river network and over to Kansas, and 80 wells were decommissioned to allow that water to remain in the aquifer.

"The 19,500 acres is now ‘retired’ and is partly dry-land farmed and partly used by local communities."

Mr Donaldson said by supplementing the rivers’ minimum flows in 2014 alone, it allowed 132,000ha to continue being irrigated, otherwise they would have been on water restrictions.

"Ongoing irrigation shutdowns would have been needed had the project not gone ahead, and would have caused a drop in value of irrigated land in the area by $US570 million ($NZ882 million) to $US970 million."

He said the scale of everything in the US was big.

"One of the biggest surprises was the amount of corn grown in the areas we visited, and some farmers had grown corn year-in, year-out for 25 years.

"The people were fantastic, very humble, and don’t get many visitors so they were all very welcoming.

"If you need a new gadget, head to world’s largest totally irrigated working farm show, the Husker Harvest Days — a bit like the Southern Field Days on steroids," he said.

The group also went to college football match with 90,000 other fans, and visited the Rocky Mountains in Colorado.