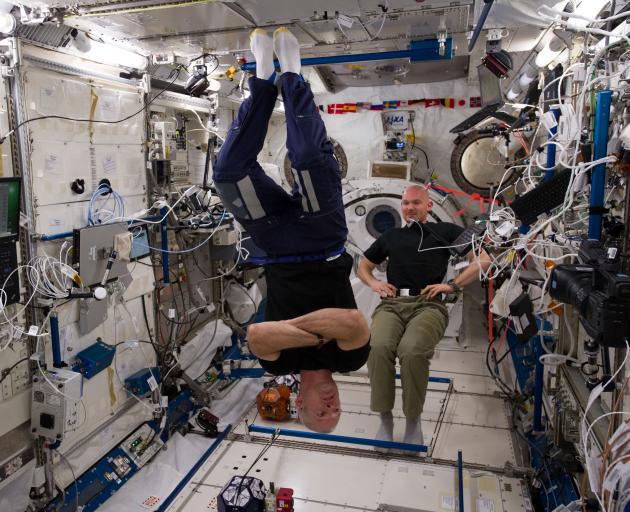 Astronauts in the International Space Station wear T-shirts made from merino wool by Armadillo Merino during an expedition in 2014. Central Otago farmers supply merino wool to New Zealand Merino, which sells it to companies such as Armadillo. Photo: NASA
Merino wool from Central Otago sheep has made it into space, taken part in military operations, fought wild fires and protected extreme endurance athletes.

Outer and undergarments using fabric made from New Zealand, and more specifically Central Otago merino wool, are manufactured and sold in 36 countries by Armadillo Merino, a UK-based company. 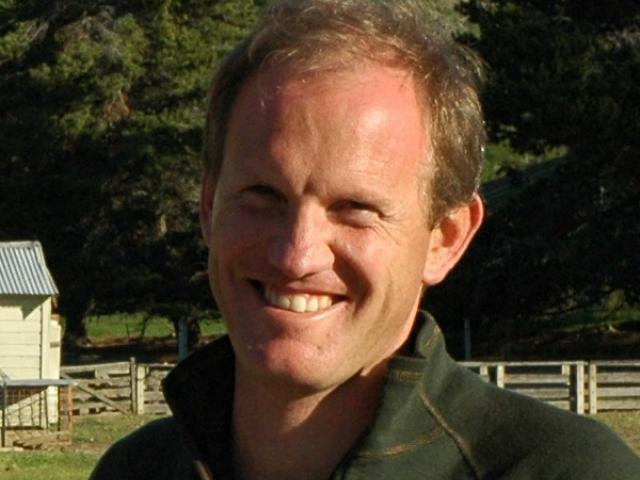 Andy Caughley
Company founder Andy Caughey said their merino wool garments were being used by professional risk takers, including special forces and elite police teams and by International Space Station (ISS) astronauts ''because of the multi-attribute properties of merino wool''.

''Armadillo has also supplied base garments to the Washington DC Park Police Department, which provide public security protection for President Trump and his presidential motorcade,'' he said.

The demand from companies such as Armadillo is driving an increasing demand for merino wool, which was good news for Central Otago farmers.

The company was established in 2011 by Mr Caughey, formerly of Crookston, and Hamish Morrin, formerly of Tikokino, Hawke's Bay.

They send the fabric to apparel factories in Europe, which turn it into high performance base-layer garments.

''The core of what we supply comes from Central Otago,'' Mr Brakenridge said.

He said the partnership between NZM and Armadillo was driving new and innovative uses for the fibre and ZQ Merino certification was an important part of that.

ZQ Merino accreditation meant their wool was guaranteed to have been grown to high standards of farming, land management and animal welfare.

''There has been a phenomenal increase in the demand for ZQ certified merino wool,'' he said.

Mr Caughey said he started Armadillo Merino after seeing pictures of injured United States soldiers with severe burns from the synthetic and nylon garments they wore, which melted and dripped when exposed to heat or flames.

''Merino wool doesn't melt or drip and is flame resistant up to 600degC,'' Mr Caughey said.

He said synthetic clothes generated static and odour, were flammable, while clothes made from merino wool were more comfortable, lightweight, and odour-free.

That made them ideal for use in the ISS as the astronauts had to wear them for long periods.

''Odour can be a problem, especially as there is no laundry service in space,'' he said.

''The natural properties of merino wool addresses the shortfalls of synthetics, allowing a safer, more comfortable and odour-free garment to be worn within the confined space of the ISS.

''The yarns in our Elite range of garments use compact spun yarn which is tightly spun, reducing lint production, which is important as they cannot have loose fibres floating in their air space.

''New Zealand merino can now be regarded as the most technical fibre on earth and in space,'' he said.