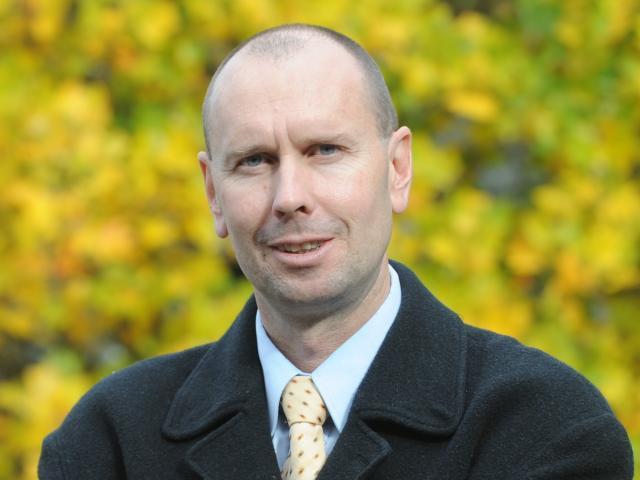 Guest nights were also down on a year ago in the region's tourist hot spots and well back from the nationwide annual lift of 3%. The region's house prices were still ''charging ahead'', up 9.5% annually, the report said.

Otago shared 10th spot with Auckland, while Southland was up seven places to fifth-equal with Hawkes Bay.

Looking ahead, the bank expected ongoing mixed performance for Otago as tourism growth slowed, but the sheep and beef sector ''charges ahead''.

Otago Chamber of Commerce chief executive Dougal McGowan said the concern in Central Otago and Queenstown Lakes was always tourism, and the growth in the sector was ''nowhere'' where it was. With bed night stays down, that was starting to be a concerning sign for the area.

Otago had been in the top spot on several occasions over the past year and it had been a considerable change in sentiment, he said.

Seeing areas like Gisborne, Hawke's Bay and Northland with higher rankings, showed the impact of Provincial Growth Fund and the amount of funding for those areas ''compared to the amount we're getting down here''.

The primary sector had been ''pretty strong'' and had probably held Otago up, Mr McGowan said.

Retailers in Dunedin were ''relatively OK'', although it quite a bit quieter in the regions with a lack of foot traffic.

In Southland, the housing market was strong and, in turn, generating housing development, the report said.

The number of housing consents issued was growing at the fastest annual rate in the country.

Similarly, the retail sector had a good quarter, with annual sales growth of more than 7%.

If the bank's bullish 2019-20 milk price forecast of $7kg was close, the region could perhaps maintain that good run over coming quarters, the report said.

More good things were on the way - more Aucklanders, courtesy of the new direct flight link, and the CBD redevelopment project, it said.

The West Coast slipped to the bottom of the scoreboard this quarter. Notably, the construction pipeline was soft and building consents issued fell over the year.

However, the cash injection following the recent sale of Westland Milk to Chinese giant Yili might lift ''spirits and activity'' in the region over coming quarters, the report said.