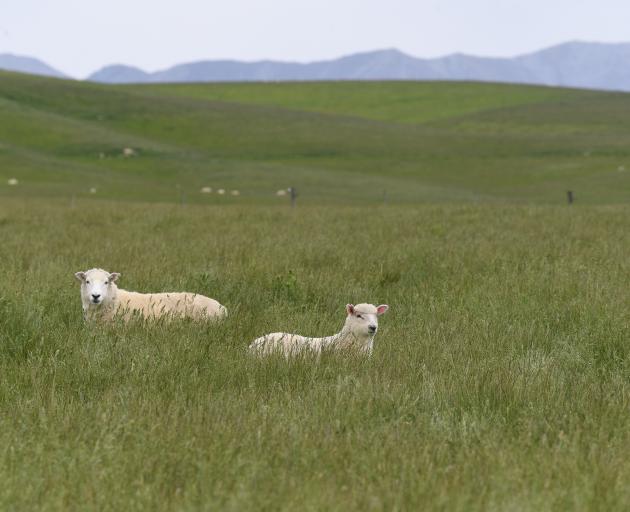 A ewe and lamb in lush grass near Ranfurly. Photo: Stephen Jaquiery
International lamb prices might soften a little, but tight supplies in New Zealand and Australia and a weakening New Zealand dollar should ensure any slippage at the farm gate is modest.

That was the message from Westpac senior economist Anne Boniface in the latest Agri Update where she outlined the outlook for lamb, which has experienced bumper prices.

On balance, international prices were expected to slip a little from current levels as growth in China slowed and Brexit continued to weigh on the UK economy.

But back at the farm gate, that was likely to be largely offset by an anticipated fall in the New Zealand dollar.

That could see local prices remain near the impressive $7.40kg season average that was achieved last year, Ms Boniface said.

While weather conditions over summer would be an important determinant of the condition of stock and the timing of slaughter, anecdotally many farmers were happy with conditions on farm.

In contrast to New Zealand, Australian lamb exports had tended to rise in recent decades.

Most recently, Australian farmers had been badly affected by drought. And while that boosted export volumes in 2018, the Australian Bureau of Agricultural and Resource Economics and Sciences expected poor weather conditions would reduce the number of lambs available in autumn 2019.

Consequently, relatively tight supplies in both New Zealand and Australia over the year ahead should help underpin global prices.

By value, that market accounted for about 23% of exports. China was also a very important export market for mutton and about two-thirds of New Zealand mutton exports head to China.

To date, Chinese demand for lamb appeared to have been little affected by that slowdown.

However, with trade wars likely to remain a down side risk to the growth outlook, and a weaker Chinese yuan, the bank did not expect the pace of growth in Chinese demand for New Zealand lamb to be quite as strong over the year ahead.

-ASB's latest Commodities Weekly said forestry prices had been the 2018 star with lamb, beef and fruit prices hot on its heels

Lamb prices hit record high levels in September. The record run continued for an extended period, with prices sitting above the previous record high for a whopping 10 weeks.

Dairy prices had been the year's ''laggard''. Prices, in USD terms, had been on a downward trajectory since the start of the new season in June.