Region has most NZDIA entries 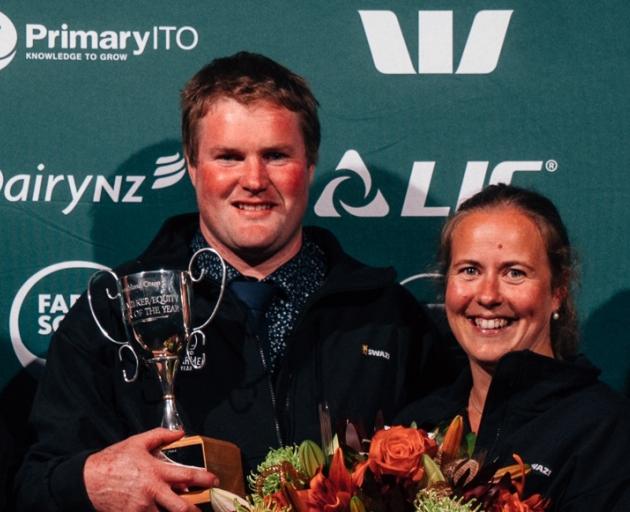 Simon and Hilary Vallely.
Southland-Otago has topped the country with record entries in the New Zealand Dairy Industry Awards (NZDIA).

Southland-Otago organising committee co-regional manager Simon Vallely, who shares the job with wife Hilary, said there were 10 Share Farmer of the Year, 22 Farm Manager of the Year and 24 Dairy Trainee of the Year entrants.

‘‘Nationally, that is the highest number for managers and trainees and the second highest for share farmers,’’ Mr Vallely said.

‘‘Overall, we have done very well compared to the other regions.’’

Mr Vallely said every organising committee member had talked to potential entrants to encourage them to enter.

‘‘People who worked in the industry also encouraged them to enter.

‘‘[The high numbers] were a huge team effort.

‘‘The entrants were mostly from Southland and not many were from Otago.’’

Organisers held an information evening for the entrants and last week they held an ‘‘Amazing Race’’ treasure hunt around Gore to encourage them to get to know each other.

‘‘We had previously held just information evenings but it [the treasure hunt] made it much more interesting.

‘‘The feedback from that was really positive.’’

Mr Vallely said they intended to host a sponsors night at the Southern Field Days site at Waimumu on January 30 to give all those involved a chance to network and get to know each other.

The first round of judging will take place from February 18 to 20 and final round from March 2 to 5.

The awards dinner to be held on March 21 at the Bill Richardson Transport Museum.