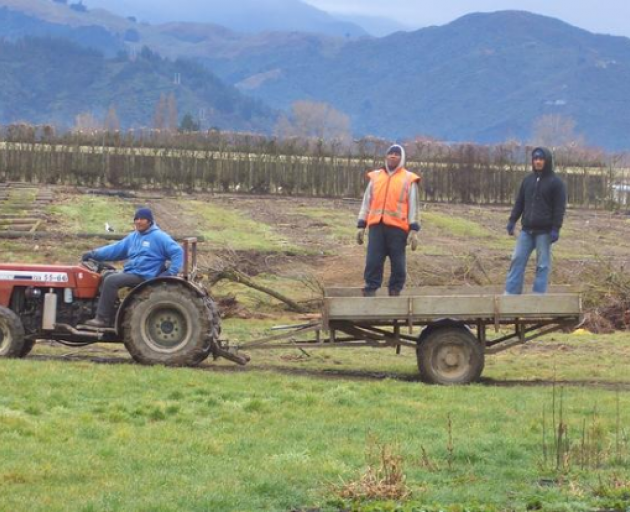 Tongan RSE workers in Motueka. Photo: Supplied
A group of Tongan seasonal labourers stranded in New Zealand can continue to work until a flight is available to take them home, their employer said.

About 70 labourers from the Pacific island Kingdom were scheduled to return home on Thursday but Air New Zealand cancelled the flight due to ash clouds caused by last weekend's volcanic eruption.

Eighteen of them work on an orchard in Hastings under the Recognised Seasonal Employers (RSE) Scheme.

One of the men, Sika Loni, has been trying to get home for the past two years.

Loni says he hasn't heard from his family on Ha'apai Island. He also fears for their safety and is desperate to get in touch with them.

But there's some relief for Loni and 17 other workers at the Mr Apple farm in Hawke's Bay.

Company official Alistair Jamieson says the men are back on the orchard in Hastings and will continue to work until a flight is available to take them home.

"Those workers have been with us now for over two years - for some of them this is the fourth time that they have tried to get on a flight and been unsuccessful due to several factors.

"We will employ them until the next available flight and they will continue to work with us under their current terms and conditions."

"The best thing I would want for these particular workers of course is A and first instance is to get hold of their families and to make sure that everybody is fine.

"But the second thing I want is for them to get home. They're desperate to get home, they've been trying to get home now for many months. Their families are expecting them and they want to be there." 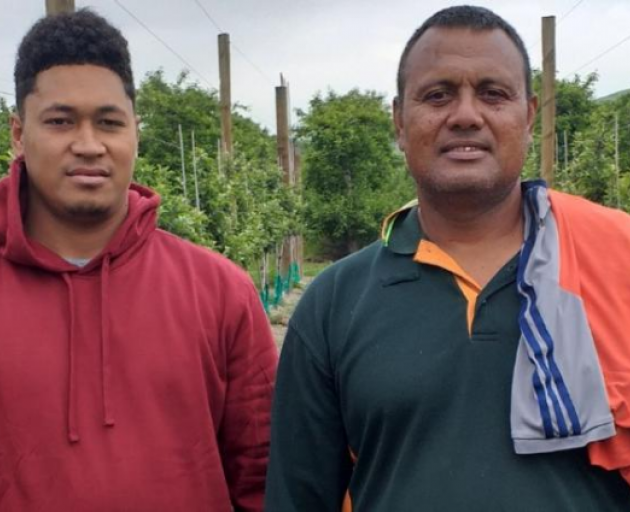 Tongan RSE workers Sika Loni and Langi Fatanitavake have not heard from their families since Saturday. Photo: Supplied
Jamieson says the company employs 300 Tongans and they are working closely with the New Zealand and Tongan governments to assist the stranded workers.

The horticulture industry labour collective, made up of NZ Apples & Pears, NZ Kiwifruit Growers, Summerfruit NZ, NZ Wine, NZ Ethical Employers, and HortNZ, said it was saddened by news of the tsunami and its impact.

It aims to help the Tongan economy recover and is using the Growers Relief Fund to collect donations to support small businesses like market gardens to recover.

The fund is a charity that helps to support growers in an adverse event, with wellness or when additional support is needed.

The fund also helps people working in the horticulture industry who need assistance, to help nurture the whole horticultural community.

In some areas, donations will be used to rebuild community buildings.
Meanwhile, the chair of New Zealand's RSE Scheme governance group in Nelson has welcomed the move by the industry.

Matthew Hoddy owns the Vailima Orchard and says using the Growers Relief Fund to collect donations for small businesses in Tonga like market gardens to recover is a great way to help the islanders.

Hoddy employs about 60 Tongans and says his heart goes out to his workers who are still not able to get in touch with their families in the island kingdom.

But they're sitting tight and watching the news like the rest of us. Just until we can get that communication through and then we can really find out the true extent of how it affects the individuals."

About 1000 people from Tonga work in the horticulture and wine industries across New Zealand.

Growers and employers are supporting the workers and will continue to do so over the coming months. 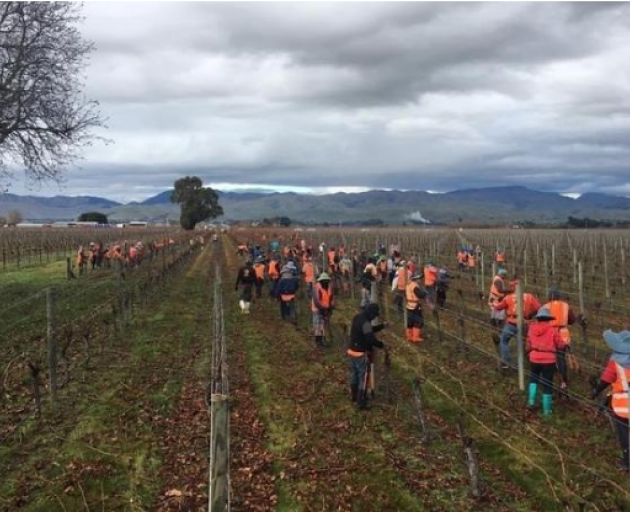 Photo: Supplied
Donations to the relief fund can be made on the Horticulture NZ website.

Tonga's airport could be open by tomorrow after it was covered in a blanket of ash following Saturday's volcanic eruption and tsunami.

Speaker of the Tongan Legislative Assembly Lord Fakafanua who is stuck in New Zealand, says help will be there soon.

"The latest news of the clearing of the runway is that it may be ready by tomorrow. The highest priority is still water supply. Bottled water and desalination plants I hear are on their way on the two New Zealand vessels, they are on route," Fakafanua said.

The supplies will go to people most affected on the islands of Mango and Fonoifua which are being evacuated by the Tongan navy.