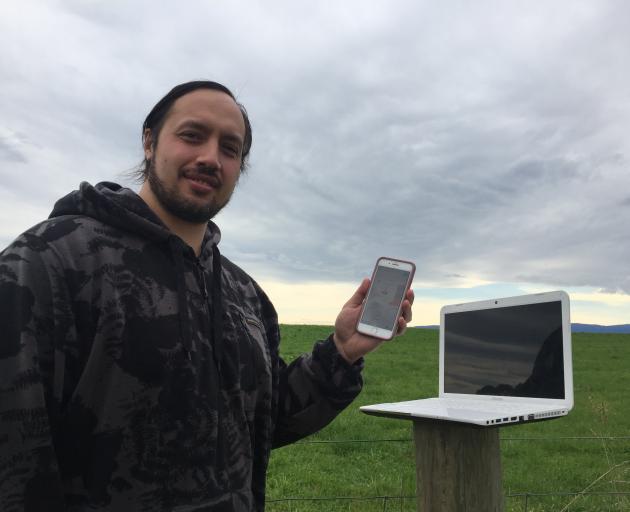 Lydon Aoake, of Clinton, says chatbot technology can be used anywhere. PHOTO: MARY-JO TOHILL
Two years ago when he was playing for the Southland Sharks, Clinton man Lydon Aoake struggled to stay motivated.

The now 30-year-old was in the team that took out the 2018 New Zealand Basketball League. That year he juggled training, a full-time job at Danone Nutricia, and fatherhood.

"When I was working out trying to get fit for the Sharks, I wanted to get a personal trainer, but Clinton was pretty rural," Mr Aoake said.

"So I had a little bit of a fitness background, I knew what I needed to do — it was just the PT motivation that I wanted.”

He looked around and stumbled across chatbots, digital tools used to increase engagement between businesses and their customers by automating conversations on messaging platforms such as Messenger and WhatsApp.

"I found that I could send myself messages to help motivate me to work out, so I did exactly that."

He dropped 20kg, made the team — and the Sharks won.

"But I fell in love with the process of building the chatbot ... and decided I wanted to build them more.”

He developed Your Bot Now, a complete digital marketing agency that uses chatbot technology to improve return on investment for businesses. It has a growing clientele of about 16 businesses in Australia and New Zealand.

"Chatbots are still relatively new, so businesses haven’t caught on quite yet, but the automation behind them and what they can do for businesses is pretty incredible.”

He intended taking his chatbot agency idea to the 2019 Startup Weekend Dunedin, where teams build and launch a business in 54 hours, culminating in presentations to judges.

"But I was standing in line and I got told you couldn’t pitch an old idea, it had to be something new.”

So he fell back on a fleeting thought he once had, an eco-cleaning product, a tablet that you add water to, saving on all those bottles and refills you buy at the supermarket.

The concept won and he was glad he had chosen to line up.

"Imagine if that didn’t happen? Imagine if I hadn’t changed tack.

"After that Startup Dunedin competition, I caught the bug and found that that’s what I want to do to support my family [building businesses], so I’m ready to grind.”

He has not ruled out moving from Clinton to do it; opportunities have surfaced in Invercargill and Dunedin, but remote working is an option.

"I’d be reluctant. Yeah, we could move, but I like Clinton; I’ve got a good home, a good life."

And he did not need to be in a city to come up with a good idea.

In his four years in the South, the former Aucklander had learned "stuff happens when you’re outside Auckland”. 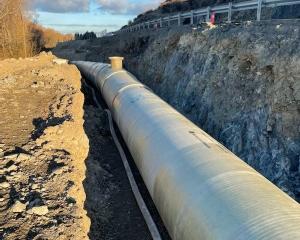 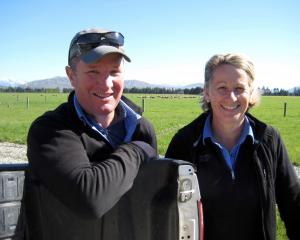