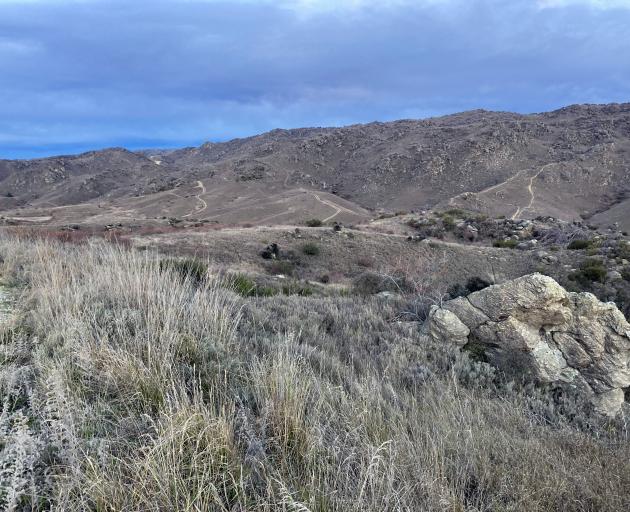 In an application to the Central Otago District Council, John Sanders, of Matangi MTB Park Ltd and Matangi Station in Little Valley Rd, has proposed activities for which the public would be charged for access. These include mountain biking, hiking, walking, orienteering, quail shooting (seasonal), possibly horse trekking, competition events organised by the applicant and third-party operators, film-making, army training and not-for-profit recreational events.

Mr Sanders said he wanted Alexandra residents to enjoy recreation on the family farm and for the district to benefit economically "but in a manner that did not interfere with the farming operations".

He also said he wanted to mitigate the adverse effects of public access in "a structured public recreation proposal for Matangi Station".

In supporting information, the application said the Sanders family had exclusive possession of the property, which is on Crown pastoral lease land, and rights of trespass against the public.

Matangi Station already had tracks, fences and stiles as well as routes established by a mountain bike group and these attributes had resulted in growing public recreational use of the station.

Members of the public had also damaged gates and locks and fences.

Tracks had been damaged by unauthorised motorbike use and "the situation has grown to be somewhat out of control", the applicants said.

In background information, the Sanders family said the project would require significant work and oversight on their part and needed to be undertaken on a commercial basis.

It was proposed that new tracks be constructed, and existing ones improved. Signs would be installed, ongoing track maintenance established, a car park built, toilets and drinking water provided and a further three stiles that had already been built, installed.

Electronic stiles might also be required in the future "to encourage users to pay".

An additional stile might be required in Graveyard Gully Rd as well as a further five stiles at high-usage crossing points in conjunction with new tracks.

Aspects of the activity would require land-use consent, for instance, the commercial activity; sight distances from intersections; anticipated traffic movement of more than 15 vehicles a day; the establishment of a car park to cater for events (capped at 25 per year); and the fact that one of the proposed stiles would be in Graveyard Gully Rd, an outstanding natural feature area.

An area of Matangi Station on the riverside of Tuckers Hill Rd would be available for walkers and mountain bikers use without charge.

The Sanders family requested that the application be publicly notified under the Resources Management Act 1991.

A council spokesman said while the application was publicly notified before lockdown, potentially the time could be extended and the council would consider any requests for late submissions providing they had valid reasons.

A notified consent normally took three months to process without delays for requests for further information and/or the applicant putting the application on hold.

That is a fantastic idea to have the facility so close to Alexandra as a commercial venture.It will be a magnet for tourists to the town and will compliment the rail trails.
My best wishes for its success to the Saunders Family.

“exclusive possession” and
“Rights of trespass against the public”
are political terms. It’s Crown Land and belongs to the people of NZ. Taken from us by the national govt.
One day it will be returned. Don’t let the squatters change the narrative.

Pastoral Leases were introduced under the Land Act 1948.Labour were in power under Peter Fraser from 1/04/40 to 13/12/49.I assume you are confusing this with Tenure Review which was introduced under National,as was the Resource Management Act.In my experience farmers have been excellent custodians of the land under Pastoral Leases and have allowed trustworthy people access.

Well... certainly some farmers have been/are excellent custodians. But not all. The Mackenzie Basin (amongst many other areas) not so "excellent" examples. And certainly some others have made VAST fortunes from on selling the land.