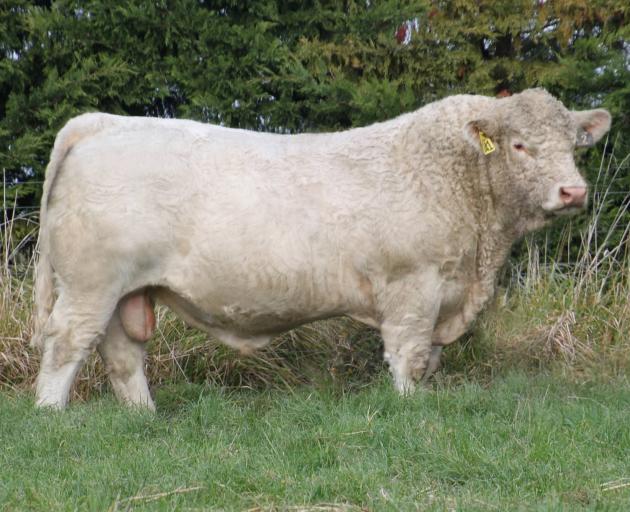 Osmar’s dam was "one of our most powerful polled cows" sired by Silverstream Benchmark.

"This bull has that real ‘x-factor’, great carcass, softness and a wonderful disposition."

It was the stud’s highest average price and, while there were not as many registered buyers as usual, there was a lot of interest from North Island buyers with eight of the first 10 bulls being sold to North Island studs. That showed people were willing to travel and pay for the bulls they wanted and suggested there was still some confidence in the industry, he said.

Silverstream Oath sold for $9000, with the proceeds going to support the New Zealand Agricultural Show.

Hereford bulls also went under the hammer, with 10 bulls selling for an averaging of $7800.