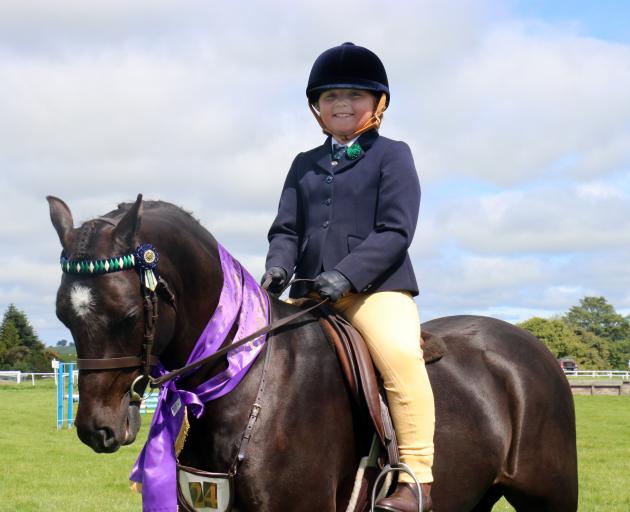 Heartthrob was crowned Champion Welsh Pony and together with his rider nabbed the novice and open categories as well.

This was the pair’s first time at the A&P show.

Ruby said she had fun during the competition, and she and Ka Arohaina usually worked well as a team.

"He’s pretty good most of the time, but sometimes he’s a bit silly," she said.

He said the physical presentation of the horse and rider, and their ability to work together and follow a set routine of walking, trotting and cantering, were key criteria for judging.

The horse events were only one offering among a wide array of sights for visitors to the 105th West Otago A&P show.

The sun was scorching, and punters made their way around dog trials, shearing competition heats, musical performances, food stalls and plenty of rides.

West Otago A&P society secretary Emily Donovan said while the event had not grown so much during her five years in the role, there was now greater variety.

"We’ve really tried to make it a day that’s fun for everyone, with the usual A&P stuff, along with entertainment for the kids, a market, and paintball for the teenagers."