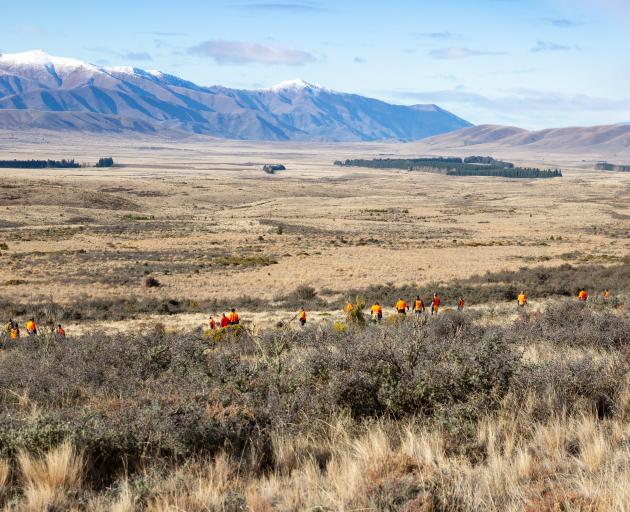 "We probably have the worst infestation in the Canterbury region. Twizel is one of the gateways to Aoraki-Mt Cook and an iconic scenic viewing area; it is important that we try to protect it.

"I am absolutely looking forward to seeing them removed. We have been asking for a number of years and know that it would be catastrophic to not address it now."

Ecan’s regional leader of biosecurity, Graham Sullivan, said it was impossible to establish a general cost per hectare.

"The cost of control depends very much on the terrain and method used. For example, some hectares will be less than $1 per hectare, while others may be over $2000 per hectare."

The establishment of forest species in dryland grasslands reduced water yield (i.e., the amount of water leaving a catchment as stream flow) and runoff, he said.

"Studies of catchments where grassland is replaced by pine forest have shown that there is a reduction in annual surface water yields of 30% to 80%. This will have an impact on recreational, social and economic values.

"The Waitaki provides 30% of New Zealand’s generation capacity and substantial reduction in flow would affect the ability of Genesis and Meridian to maintain capacity and less water would be available for irrigation."