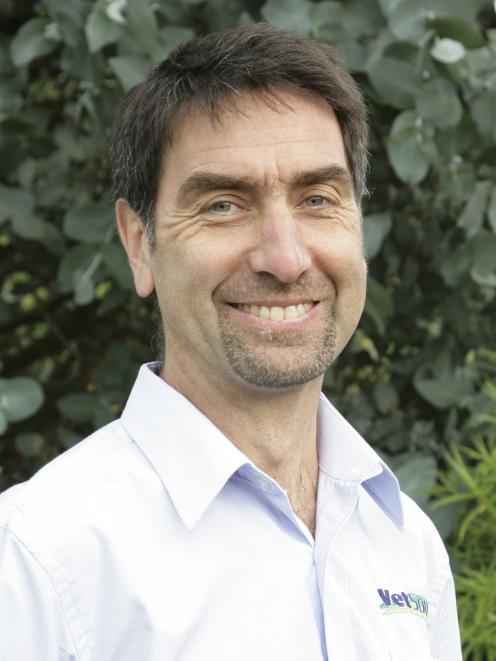 VetSouth director Mark Bryan said while the infectious disease had always been around, vets were seeing more in that area than usual this season.

There had been other cases elsewhere, but no more than usual, he said.

Salmonella Brandenburg causes abortions in sheep, and can infect cattle.

Other strains, such as Salmonella Typhimurium, can infect cattle, causing sickness and scouring, particularly in calves.

Both strains of salmonella are infectious to humans.

AbacusBio consultant Simon Glennie said he had heard of only one case to date, which was on a farm in Otago that had it before.

"Fortunately it was confined to one mob," Mr Glennie said.

Dr Bryan recommended vaccination programmes as well as encouraging farmers, workers, family and farm visitors to properties known to have it to regularly disinfect gumboots and wet-weather gear, and hand-washing to prevent transmission.

The bacteria was robust and could stay in cow sheds, calf pens, sheep yards and paddocks as well as clothing for a long time.

Most calf rearers were meticulous and fussy with shed hygiene and disinfected regularly, he said.

Salmonella is transferrable to humans, who can become ill, with vomiting, septicaemia, and diarrhoea.

It can be dangerous, especially for elderly people.

It also infects young children, who might put their fingers in calves’ mouths and then in their own.

Seagulls were initially implicated in the transmission of Salmonella Brandenburg after eating aborted material, which may contain millions of bacteria, which was easily spread.

If clients think they might have any forms of salmonella, they are encouraged to discuss with their vets how best to collect samples for analysis.

While individual stock can be treated with antibiotics in isolation, a vaccination programme is an effective measure for future herd or flock protection.

Dr Bryan had heard of some farmers who had experienced up to 25% incidence among cows, which had just calved and their bodies were still under stress.

"We did a cost study a while ago around costs of treatment and vaccinations of cows, calves and sheep," he said.

"It worked out that a farmer only needs to get salmonella once every 20 years for [vaccinations] to be cost-effective.

"Preventatives are better than treatment, but we all get complacent."

Vets regularly talk to clients about their options, particularly if there is a history of salmonella on the property or on neighbouring properties.