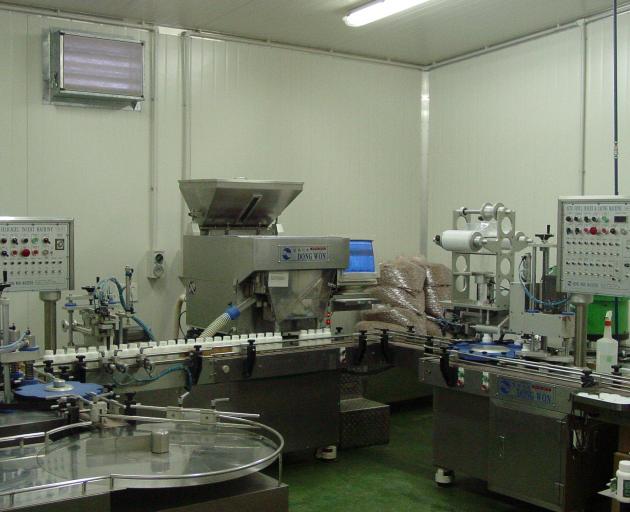 .Deer velvet processing is increasing in New Zealand because of demand from Asia and the reduction in import tariffs. PHOTO: SUPPLIED
Stressed-out executives, exhausted people and recovering athletes ...

In the Asian countries, they’ve always known about the medicinal properties of deer velvet as an anti-stress agent, to combat fatigue, boost immunity and treat injuries.

Now more than ever, deer velvet is not just the go-to remedy in pills and treatments, it’s also in an increasing number of branded ‘‘tear and go’’ edible products.

As the number has grown in Asia, so has the demand for New Zealand-processed velvet. And in the South, beats the deep velvety heart for production of this wonderful health food ingredient.

In terms of volume, Southland would be the highest producer, behind Canterbury-South Canterbury, and the region now included Fiordland, which probably had the largest number of elk-wapiti velvet farmers, according to Deer Industry New Zealand (DINZ). Otago followed in the top three producers.

The largest Deer Farmers Association branches were South Canterbury-North Otago, followed by Southland, so Otago-Southland was very much in the heartland of velvet country, DINZ marketing manager Rhys Griffiths said.

The processing of deer velvet was increasing, which helped add more value, rather than exporting it in an unworked form, he said.

This was due to two reasons: Firstly, more New Zealand velvet was going into high-value health food products in South Korea (and some Korean companies were preferring to get velvet processed here), and secondly because of the Ministry of Foreign Affairs and Trade’s successful negotiation of the NZ-Korea Free Trade Agreement. This allowed processed New Zealand velvet to attract a decreasing tariff rate compared to unworked velvet from this country. No other country was in this position.

As of January 1 this year, the tariff rate for NZ-processed velvet was 10.3%, compared with 20% from other countries (or frozen velvet from NZ), and would continue to decrease at 1.3% per year until it reached zero.

The industry, which was now about 30 years old, had more than tripled in revenue in less than a decade.

In the past eight years, because of a move to healthy foods in Asia, the deer velvet industry had grown from about $30million to earning more than $100million annually at the farm gate.

The main export market was still China but South Korea was the main consumer market.

Deer velvet and red ginseng — two of the two most highly-prized ingredients in traditional oriental medicine — had in recent years enjoyed an explosion in demand from South Korea.

The top-selling velvet-based product in Korea was for busy executives to give them an energy boost and clearer focus at work. Many athletes also used velvet to aid their recovery following intense exercise. China could also follow that trend.

"Deer velvet has always been used in traditional Asian medicine. However, we’ve gone away from it just being a medicine to seeing the product as a health-food ingredient."

The aim was to replicate the Korean phenomenon in China, where locally produced and imported velvet was still mainly used in traditional medicines.

Mr Griffiths believed New Zealand was in good shape to meet the challenge of increased demand, but he would be concerned if production increased too fast.

"Actually, the challenge is ensuring a good balance between production and consumption.

‘‘Velvet production has been increasing [doubling] over the last 10 years and if production growth outstrips consumption growth, we might likely see price correction (noting that prices did come down this year, but that was more of a logistics issue than demand dropping)."