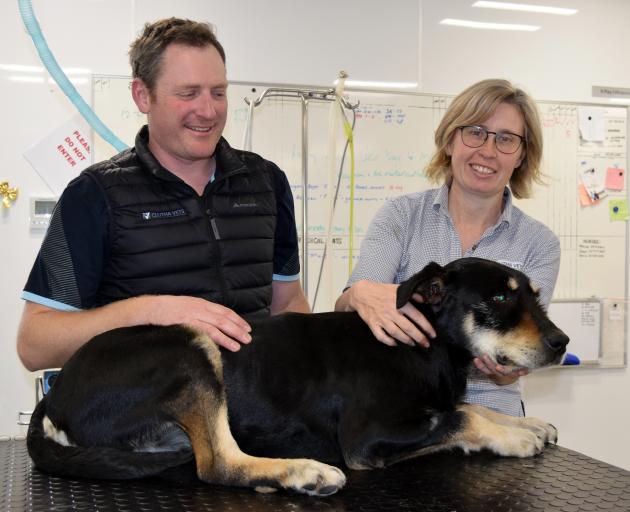 Clutha Vets co-managers Hamish Moore and Annie Jackson want to hire experienced vets to work in South Otago but have had no response. PHOTO: SHAWN MCAVINUE
A critical shortage of vets is set to get worse, heads of Southern practices say.

"We have no fat in our system."

They were struggling to find replacements.

Extensive advertising for experienced vets in New Zealand and abroad had got no response.

"We are a good employer and you put all these ads out and there are no takers. Where are they all?" 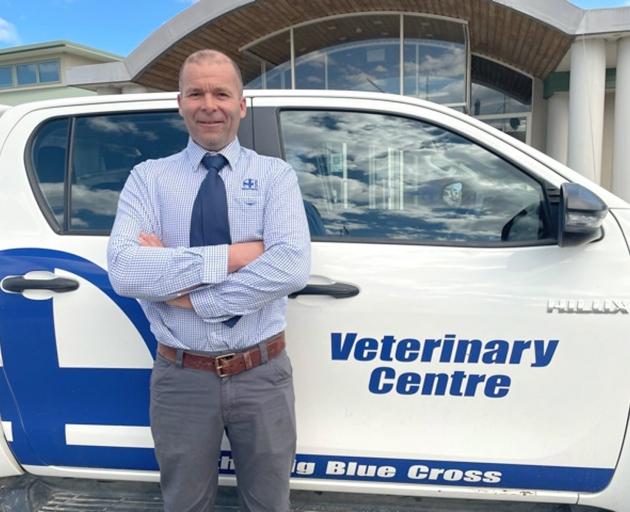 Veterinary Centre Oamaru co-director Mat (CRCT) O’Sullivan is expecting a national vet shortage to get worse.
Clutha Vets co-manager Hamish Moore said if the Government could open managed isolation and quarantine (MIQ) spots solely for overseas vets, then a job vacancy would be a more attractive prospect for them.

"I bet you vets overseas aren’t even looking at the job, because they know they can’t get in and they’ll go to Australia or somewhere else."

Another looming issue was some of the young vets had delayed travelling overseas since borders closed but now they were vaccinated, they would work abroad, exacerbating the staff shortage.

Traditionally about 300 new vets were registered in New Zealand annually and about two-thirds of them were from overseas, he said.

He likened the current situation as a "one-way valve" with overseas vets being blocked from coming in as New Zealand-trained vets leaving.

Vet Centre Oamaru co-director Mat O’Sullivan said his practice was working to hire overseas vets, including a woman from Scotland.

The process to apply for a visa was "slow" and if you managed to get one, it was then a "lottery" to secure an MIQ spot.

A vet overseas typically had to give their employer three months’ notice.

"Without knowing when they can get an MIQ spot the whole process is falling over, as it is too risky to resign and then not have a job.

"We have made contact with a few overseas vets but you can tell they shy off after a month of communication and start looking at easier countries to get in to." 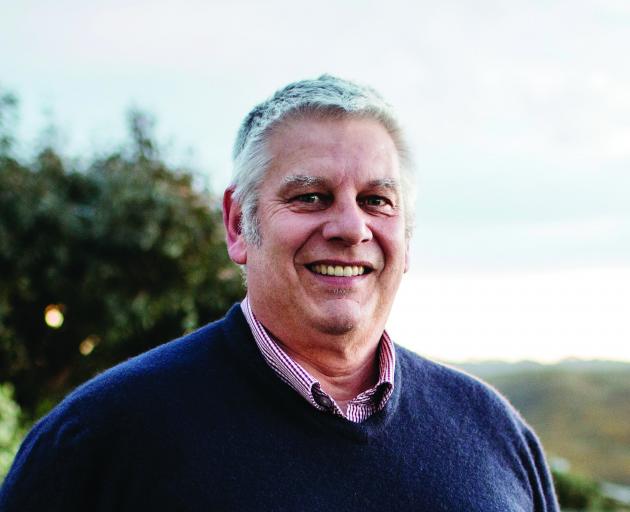 If any positive could be taken from Covid, it was many of the young vets who had their overseas experience delayed had bought properties while working in New Zealand.

He hoped the real estate would motivate them to come home to settle and return to work as a vets.

New Zealand Veterinary Association chief executive Kevin Bryant, of Wellington, said lack of access to MIQ spaces for vets was endangering them and the animals they look after.

Before the latest lockdown, the association had been lobbying Covid-19 Response Minister Chris Hipkins to allocate at least two rooms in MIQ per week for vets entering New Zealand.

The lobbying had been unsuccessful, Mr Bryant said.

Since borders closed, the Government had granted 80 visa exemptions, catering for overseas vets with between three and five years of experience.

He acknowledged the support of Ministry of Primary Industries and the Minister of Agriculture to make the exemptions possible.

However, the exemptions were "worthless" if vets could not secure MIQ spots and "bring with them their much- needed skills".

While vets abroad "play the MIQ lottery", the time on their visas was "ticking over".

Many overseas vets had abandoned the idea of coming to New Zealand and had accepted job offers in other countries.

"People are pulling out of the process because it’s just too hard and they’re going to places like Australia, where it’s open."

The exemptions were designed to get the vets in New Zealand before calving and lambing started this year.

Consequently there have been "a lot of stressed vets out there" working around the clock to support clients and care for animals.

"It’s starting to take a toll on them."

The Government needed to resolve the issue by prioritising spots for vets, just as it had for some musicians and sports teams at short notice.

Veterinarians were an essential service and made a "massive contribution" to keeping the agricultural economy going during the pandemic.

"There are strong arguments to support having two MIQ places reserved for veterinarians every week."

Mr Hipkins said demand for managed isolation was higher than the number of rooms available.

There were many valid reasons to come into New Zealand and the system had to be fair on everyone, he said.

Thousands of MIQ rooms remained to be released before the end of the year, he said.

MIQ had kept New Zealanders safe from the Covid-19 pandemic for more than 18 months, he said.

As vaccination rates increased, there would be more options at the border.

“We are trialling a self-isolation pilot to see if it could work as an alternative to MIQ. If it is successful we will look to how it could work more broadly to facilitate travel to New Zealand.”