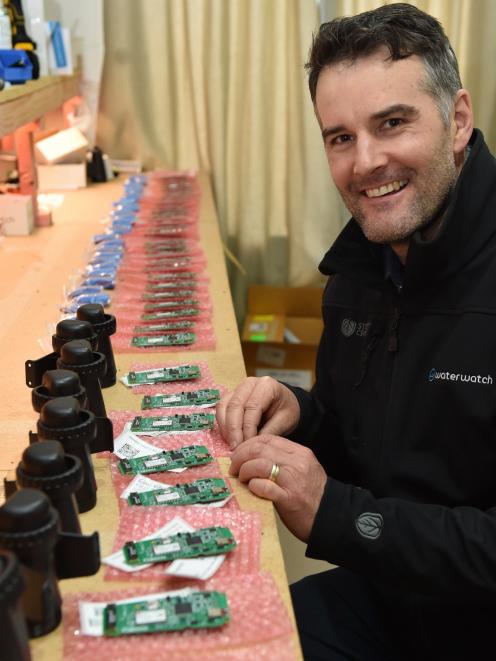 For many in the agri-business sector, the event is the biggest sales opportunity of the year and, for Tussock Innovation, it provided a tool to meet customers, gain product validation information and expand brand recognition, chief executive Jesse Teat said.

The company won the award with its Waterwatch product, which it had spent the past six months "honing" with the support of Palmerston North-based Sprout agri-tech accelerator.

The water management system consisted of sensors installed across a property which communicated over the cellphone network to an online platform and mobile app, Mr Teat said.

Flow and trough sensors were being trialled and the company was working to expand its reach throughout Australasia, he said.

Established in October 2014, Tussock Innovation was the brainchild of Mr Teat and his friend Mark Butler, who completed MSc degrees in electronics together at the University of Otago.

The agri-tech space had been a particular interest for the business and it had been "really focused" on developing Waterwatch for the agricultural sector this year, Mr Teat said.

"We know that nearly 26% of water taken for use on farms is lost due to leaking pipes and infrastructure. We also know that keeping tabs on water systems can be a big time sink for farmers.

"With Waterwatch, we want to tackle those problems to reduce water loss, improve animal welfare and give farmers more time to focus on jobs that generate more return for them.

"Waterwatch identifies where, when and how much water is flowing, then it generates helpful insights so that farmers can manage their water in a proactive and stress-free way. It’s about preventing disasters before they strike."

Winning the digital innovation award was a "real bright spot" during a tough year due to Covid-19.

The Tussock Innovation team was excited about the validation of its product through the award and looked forward to working with industry partners to continue delivering water-monitoring technology for the agricultural, environmental and urban markets, he said.