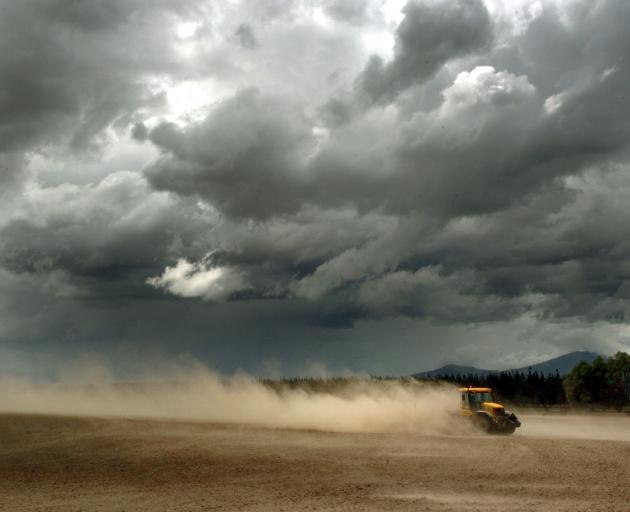 'The weather has undoubtedly been better than last year and the recent variations we've had have caused some backlogs,'' Mr Corcoran said.

''While this has been annoying, we are undoubtedly in much better shape than we were last year.''

At that stage, he said, contractors were sitting around with nothing to do, but at least this year things were off to an early start.

''We're keeping up, just, and overall farmers have been very understanding around issues such as last week's downpour,'' he said.

Mr Corcoran said labour issues continued to be a cause of concern alongside the variations in the weather.

''We're constantly having to deal with a shortage of drivers for trucks and tractors and we also face pressure keeping up with work while complying with the rules,'' he said.

''We especially have to be careful with the time rules while having to manage with a very limited pool of labour.''

He said contractors in the south had been running with a bare minimum of staff for some time and there was little sign of relief from this in the foreseeable future.

There was also a need to be careful to work within the time rules.

''This causes us a range of problems, including getting some grief from farmers who are not always aware of the constraints we have to operate under,'' Mr Corcoran said.

''I sometimes feel that the rules have been set up with little understanding of the work cycles we face bringing in crops within limited periods of time.''

He said while farmers had flexibility around working their own properties, things were more complex for the contractors.

''It is possible to have some exemptions to provide flexibility for contractor[s] but these can be hard to get and do not always allow for short notice and variations in the weather,'' he said.

The availability of labour in the agricultural sector, especially in the south, had not been helped by recent issues around immigration, Mr Corcoran said, and this was compounded by the complexity of the licencing system for truck drivers.

''At least there is now some indication that the Government understands that the issues we face in the provinces are different from those that are happening in the large cities such as Auckland.''