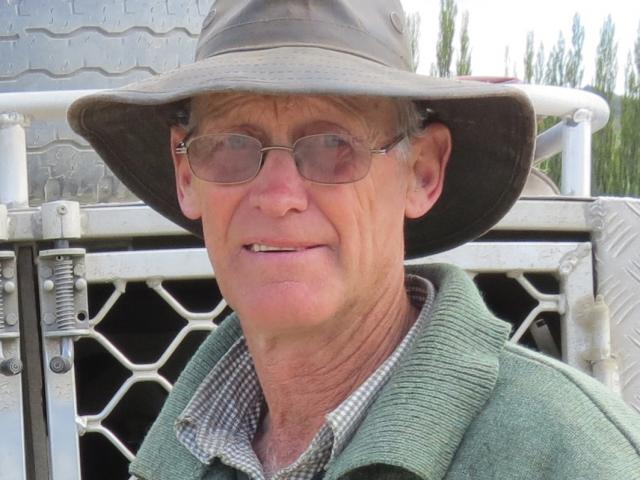 Alistair Campbell.
A working group of industry representatives is to be established to address New Zealand's wool woes.

Members of the group will be selected from about 40 industry movers and shakers who were invited to attend the Wool Summit held in Wellington last week.

Hosted by Minister of Agriculture Damien O'Connor, the summit addressed issues including harvest training, the threat of synthetics, attracting and retaining staff as well as the shortage of shearers, the need to tell New Zealand's wool story to the world and addressing crossbred wool returns.

Federated Farmers meat and wool industry group chairman Miles Anderson said one of the issues discussed was the possibility of introducing a wool levy, a suggestion put forward at the organisation's conference earlier in the year.

Mr Anderson said the idea was in the early stages of investigation.

''We are not looking to say it's a good idea.

''There are no commitments.''

Earnscleugh Station owner Alistair Campbell, a crossbred and fine wool grower near Alexandra, said he remembered paying a levy to the then Wool Board before it was disestablished in 2002, and would not wish to start paying again.

''Fine-wool prices are fetching the second-highest price I've ever seen, with the highest being in the mid-1980s.

''I am pretty happy with the market for fine wool.''

However, as he already paid a 4% levy to the NZMC for marketing and innovation, he did not want to pay anything further.

He said the industry needed shearers, shed hands and wool classers and might have to look at alternative methods for shearing, such as like robots.

He said the industry was losing shearers to Australia.

''I subscribe to an Australian shearing magazine and it says with the drop in sheep numbers, they have got too many shearers.

He said the sheep in Australia were bigger and shearers had to travel long distances to get to sites and the facilities could be ''abysmal''.

''No way are they making more money than here.''

Mr Anderson said the minister had been supportive and the industry was lucky to have such a strong advocate in its corner.