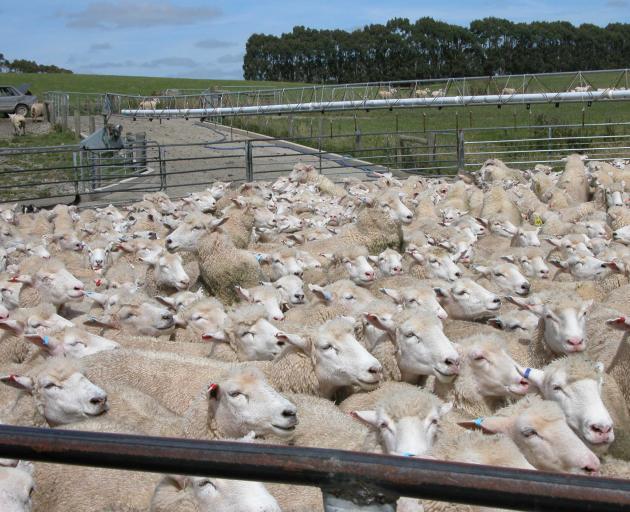 There is an urgency to identify remedies for the wool industry's problems. Photo: Yvonne O'Hara
A working group, which is to be formed following a Wool Summit held in Wellington on July 16, is the ''last chance saloon'' for the industry, Carrfields Primary Wool Group (CPWG) chief executive Colin McKenzie says.

Mr McKenzie, who is also chief executive of NZ Yarn, in Christchurch, was one of 40 people invited to the meeting, which was hosted by Primary Industries Minister Damien O'Connor.

CPWG handles about a quarter of the country's wool clip, including from Central Otago growers.

Mr McKenzie said there needed to be a consolidation of the industry, both structurally and commercially, as well as an alignment as there were so many fragmented activities within it.

Telling New Zealand's crossbred wool story about how fantastic it was, how it created wonderful products and how fit for purpose it was, was also important.

''However, telling the story on its own is not going to lift wool prices as you have got to have three legs to the stool.''

Overseas markets needed to know about its functionality, its ethics and environmental credentials.

Crossbred wool needed to be differentiated as it competed with product from about 40 other countries and it needed to move from being a commodity to being a desired product.

He said addressing the low return of crossbred wool would not be easy and it was important to add value to it.

''To create value for the whole New Zealand clip is a huge task and we should have started 20 years ago as it will take 20 years to do it,'' Mr McKenzie said.

''There have been so many initiatives and reviews in the wool industry and none has borne any fruit.