It's been a tough time to be a farmer in the South. 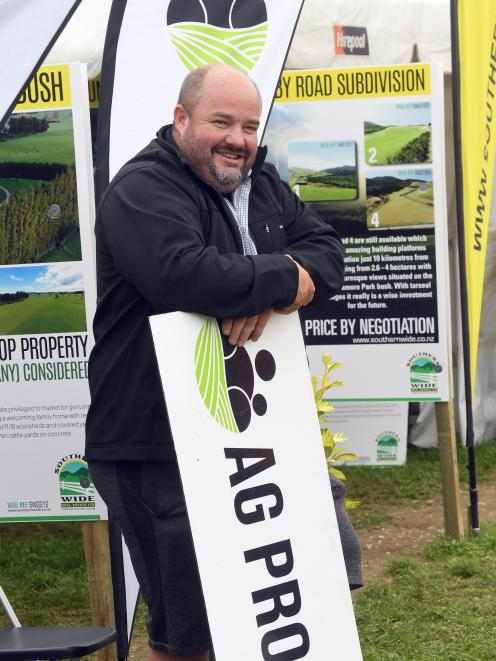 In August last year, the group hosted a winter barbecue in the centre of Invercargill to bring together - and help strengthen the bond between - town and country. It was then rolled out nationally, and other main centres hosted similar events.

Recent flooding in the South has caused major problems; Mr Herrick’s property did not have too many issues, despite his catchment getting 205mm of rain in just under 72 hours.

If it had not been so dry before the deluge, then it would have been "a whole lot worse", he said.

He had spent time helping out with the Federated Farmers-organised Farmy Army, joined by his wife and children, to assist those farmers in worse positions.

While they had helped clear and repair fences, there was a lot of grass damage that could not necessarily be seen with the naked eye, he said.

Ag Proud NZ started after negative backlash over winter grazing practices in the South which had been very detrimental to farmers, Mr Herrick said.

Before Christmas, many had not sowed winter crops, so there was already a shortage of winter feed.

The recent flood had "just made it worse"; there was now a "massive" shortage.

Mr Herrick was aware of a lot of farmers sending their cows out of Southland.

Farmers were "running scared" of public perception and what he described as misinformation given to the public.

Field Days, though, was about farmers and the rural community all coming together, and standing behind one another.

Ag Proud NZ did not believe there was the oft-mentioned rural-urban divide, rather just a weakened connection.

The group was getting plenty of support from the urban section and was getting its name known.

While Mr Herrick’s involvement had been a big learning curve, it had also been "just awesome".

"The job is going to be long and hard but we will get there, I think, as long as the right information is getting out there," he said.