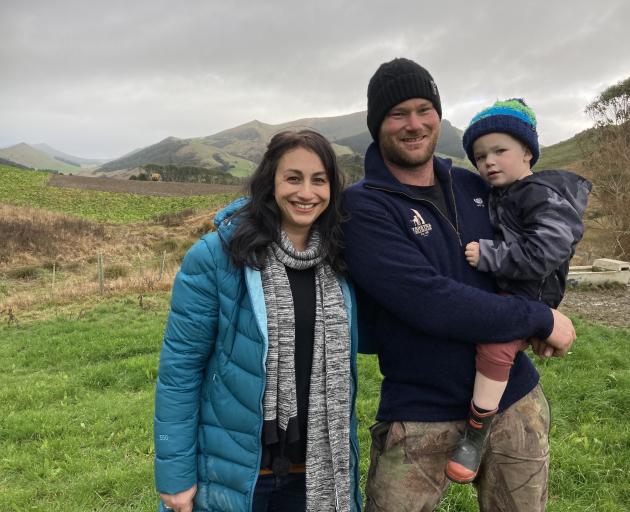 The McNabs, of Lochindorb farm near Owaka, (from left) Jade, Lyndon and Hollis (4), have been donating to charity Meat the Need since it began a year ago. PHOTO: MARY-JO TOHILL
Owaka farmer Lyndon McNab admits to having never known what it is like to be without food.

He considers himself lucky to have been brought up among the breathtaking angular hills in one of the Clutha district’s most remote corners.

“Since having kids myself, I’ve given a lot of thought to the food I had when I grew up,” Mr McNab said.

He is of third generation stock on a 3200ha farm established by his grandfather at Lochindorb, a tiny rural enclave between the Wisp Range in the southwest and Kaihiku Range in the north, with the Puerua River threading through.

“Every meal I had as a kid had an animal-based product. It started to dawn on me that not all parents are in a position to give their children food with protein, and it got me thinking what I could do to help.”

A couple of key people in the meat industry were thinking the same thing, how they could do their bit to meet the needs of New Zealand’s most vulnerable people. As a result, Silver Fern Farms became the founding partner in the charity Meat the Need, which relies on meat donated by farmers like the McNabs.

“I came back to the realisation that its never up to the children which families and what circumstances they land in — it’s not the children’s fault, so that was a big driver,” Mr McNab said.

They give, on average, one out of every 200 sheep to the charitable supply chain and this year aim to add a cattle beast to their donation.

Originally designed to supply much needed meat to city missions and food banks, the concept was trialled in Christchurch during the Covid-19 crisis, and scaled up rapidly in the first year. Meat the Need now supplies beef mince to more than 50 foodbanks throughout New Zealand.

“If every farmer gave one animal, you end up with a great source ofiron and protein to the people that need it,” Jade McNab said.

“Most farmers donate, but this felt relevant, and were proud to be producing it and proud of our product,” Mr McNab said.

Between them, the McNab family could probably feed and water New Zealand.

They employ three full-time staff on the farm and lease it from Mr McNab’s parents, local identities Nellie and Peter McNab, who live next door.

Mr McNab senior mainly looks after Lochindorb farm’s deer herd and helps make a bit of craft beer. He is a partner in the Catlins Brewery at Kaka Point.

Five years ago, the McNabs converted the former Port Molyneux School building and turned it into a wedding and special events venue, and this year opened a cafe-restaurant.

This was very much Jade McNab’s baby and she had her third baby, Hollis, in the process.

Born in the United Kingdom, she had the idea when she was searching for a venue for her own wedding but found there to be a shortage in the Catlins.

Although she loved the farm life, the former interior designer needed to be challenged.

“Without the cafe, I would be bored stupid. It is relentless, though.”

“It was a big ask to take a woman who was from London and who had moved to Owaka and not give her something to do,” Mr McNab said.

“But I never envisaged it to be what it has ended up to be,” she said.

Her ambition was to carry on the sustainable values of farm and cafe and use local produce and producers, so people knew the provenance of the product.

“I like people to know where their food comes from, so when they look out and see a fishing boat, they know that’s where their fish comes from. Its the same with the meat.”

“All we need is cows that drink beer,” Mr McNab said. 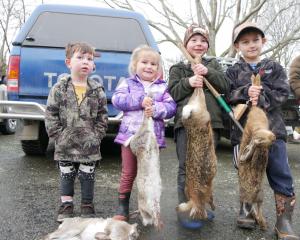