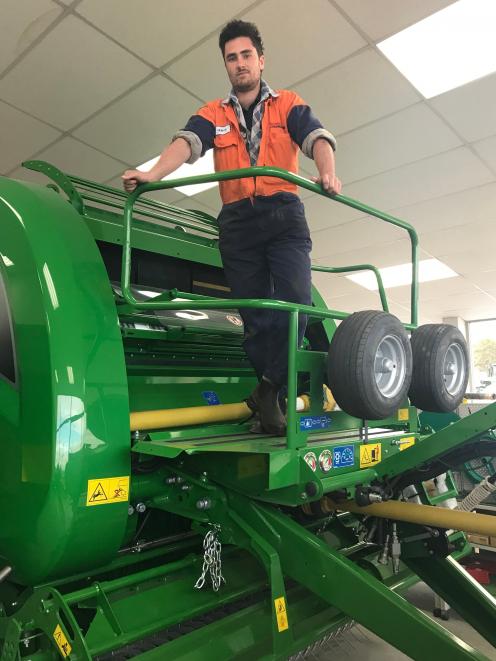 Mr Bell (18) has won Apprentice of the Year for Power Farming New Zealand.

He said he was “pretty shocked” about winning, which was announced at Power Farming’s annual high achiever’s weekend held in Auckland last month.

He knew some co-workers nominated him and was “proud to be acknowledged’’. The award made him feel like all his efforts had paid off.

Mr Bell had asked for an opportunity to explore a career.

He was given basic tasks to do a couple of days a week after school, while he attended Timaru Boys’ High School.

Having proved he was willing to learn, he started work as a full-time apprentice in August 2019.

“I was very lucky to get the opportunity. These guys welcomed me with open arms for a young fella,” he said.

Born in Sydney and raised in Timaru, Mr Bell

had friends who lived on farms and he spent time with them.

Mr Bell said he would like to be qualified and progress further in the company.