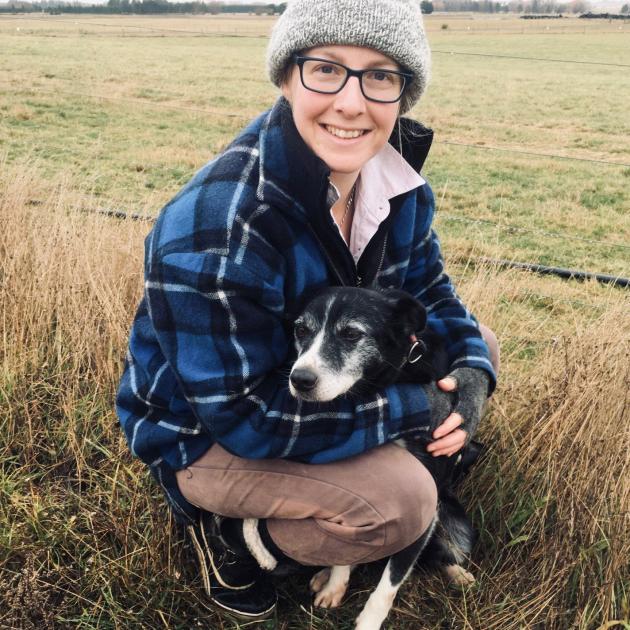 Becks Smith at home on the farm at Gimmerburn, in the Maniototo. PHOTOS: SUPPLIED
Maniototo vet and farmer Becks Smith was a finalist for the recent Zanda McDonald Award for young professionals in the agricultural sector. She talks to rural editor Sally Rae about her passion for the industry.

Becks Smith genuinely has the best of both worlds.

A finalist for the recent Zanda McDonald Award, Mrs Smith works part-time as a vet at VetEnt in Ranfurly, while farming at Gimmerburn with her husband, Jason, and their young family.

As she looked out the window on a blue-sky Maniototo day, which started with a minus-seven degree frost, she reflected on how lucky she was to have that as her office.

And putting on her gumboots on a frosty morning and getting her hands "in the dirt" was something that was important to her, to stay grounded in grass-roots New Zealand agriculture.

Alongside that, she had a veterinary career and the "amazing opportunity" for true flexi-time as she juggled work with being out on the farm shifting break fences - sometimes while on a phone meeting - or the ability to just hang out with her children.

While she did not come from an agricultural background, Mrs Smith - who spent her secondary school years in Dunedin - fell in love with the rural lifestyle. 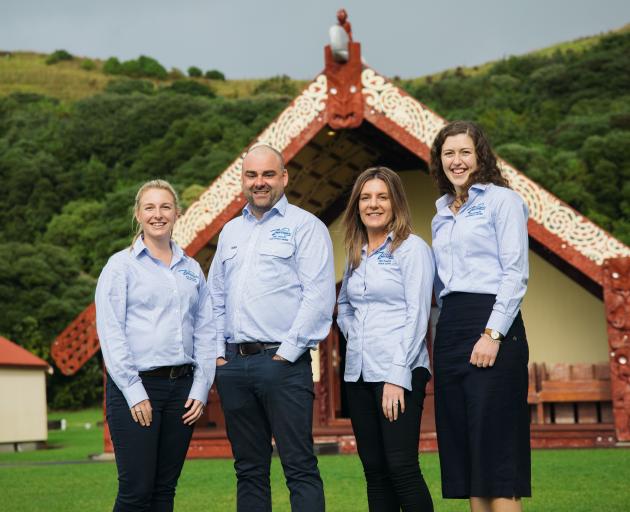 Finalists for this year’s Zanda McDonald Award for agribusiness were (from left) Becks Smith, Sam Vivian-Greer (the eventual winner), Jenna Smith and Genevieve Steven.
Despite being urban, her family was very passionate about the land and being outdoors. Her father, Lindsay Smith, is president of the New Zealand Alpine Club.

Her uncle, Stu Cameron, was a vet and she was interested in being one from a young age. She worked part-time in his clinic during her secondary school years.

Meanwhile, her best friend at Columba College was a boarder who came from a sheep and beef farm in the Ida Valley and she spent school holidays there.

The culmination of those factors saw her decide she wanted to be a rural vet and, from her study at Massey, she knew her passion was in the sheep and beef sector.

As it neared time to get a job, there were two vets that she wanted to work with; Pete Anderson in Marlborough, or David Dodd in Ranfurly. But when she was first looking, neither had positions available.

She did some practical work at the Ranfurly clinic and, when a position became available in her final year, she "leaped at the opportunity". She started work in the Maniototo in November 2009 and has not left.

After she met her future husband, the pair both took a year’s leave to do their OE. Now they were back on the family farm, with their two young children - with another on the way - and life was interesting, she laughed.

"I like being busy, I couldn’t be any other way," she said.

She returned to work part-time after the birth of her first daughter and, as a working mother, she loved the balance of that part-time clinic work and also being at home on the farm with the family.

"Family and farming is really important to me. It’s a big part of my life," she said.

Within that, she had a passion for agriculture and it was a combination of leadership training she had done and the experience of Covid-19 lockdown that saw her establish The Whole Story, a social enterprise focused on agricultural sustainability.

She wanted to take a couple of steps back from that and look at it from a holistic sustainability view point, including economics and communities, and how everything integrated together.

New Zealand farmers were incredibly passionate about leaving a legacy that they were proud of, and not afraid of hard work. But there was a whole disconnect in the middle in the "how and what and who and why". One of her strengths was bringing people together with the right skill sets to achieve positive outcomes, she said.

Previously completing the Agri-Women’s Development Trust’s Escalator course was a "pivotal moment". She had done other leadership courses and training before then, including AWDT’s Understanding Your Family Business and It’s All About You.

Escalator was a real immersion course in leadership, governance and determining your true values and purpose. Taking part had changed the narrative of her life, she said.

A good friend suggested she apply for the 2021 Zanda McDonald Award which recognised talented and passionate young professionals working in agriculture in New Zealand and Australia. This year’s award had been adapted in response to Covid-19 border restrictions and two winners were crowned, one in each country.

Mrs Smith was named a finalist along with along with Sam Vivian-Greer, a farm consultant at BakerAg in the Wairarapa, Genevieve Steven, a farm enterprise consultant at KPMG in Ashburton and Jenna Smith, chief executive of Pouarua Farms in the Hauraki Plains.

Mr Vivian-Greer was recently named the winner, during a dawn ceremony held on the beach at Whangara Farms, near Gisborne, while Rozzie O’Reilly, operations manager at LAMBPRO, Australia’s largest prime lamb seedstock business, received the Australian title in February.

When the friend suggested she apply, Mrs Smith thought she had not done anything to justify that. But the award was about passionate, innovation, inspiring young people who were looking to take the industry to a new level.

One thing she was taught during the Escalator programme was, if there was an opportunity to apply for things, to give it a go. So she decided the application process alone would be beneficial.

The more she looked into it, the more she discovered how there was a network of people to have conversations, inspire and mentor. Finalists became "enveloped in a family" and to meet people who were so passionate about the industry, and so proud to be involved in the award, was inspirational, she said.

While she might not have won the top award, Mrs Smith felt like she had "completely won something" because she now had a phenomenal network of people who were willing to mentor and help her.

A lot of the work she had done lately had been around defining herself. What was important to her was that everything she did helped her achieve her purpose and that purpose was working towards a sustainable future from the ground up, she said.

The Maniototo was now home for Mrs Smith and she could not imagine living anywhere else. "For me, I feel really connected to this place. The community is phenomenal.

"Nothing compares to small towns. Just these core values you find in small, rural communities, they shine through really strongly.