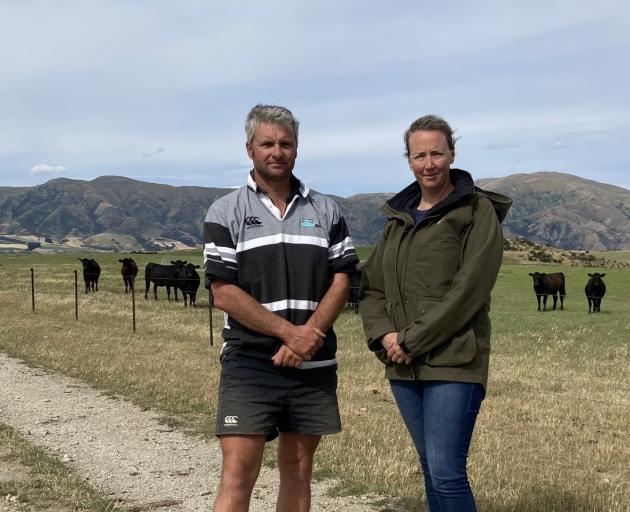 "There is a lot of regulation swirling around us about environmental requirements. All of us know what is coming, but we were all in the same boat of not really knowing where to start," she said.

"Having the action group framework has enabled a group of like-minded people to get together, to come up with goals and actions and to keep one another accountable. It is not hard work doing it because you are all in the same space, with the same drive and motivation."

Mrs Jamieson and husband Stu manage Lake McKay Station, which stretches over more than 6000ha at Luggate. Their action group is one of six in the Upper Clutha Basin, all focused on environmental issues.

Five of the action groups were launched in early 2020.

An existing Lake Wanaka farmer group has also been focusing on environmental topics and works closely with the newly-formed groups to enhance the outcomes for the Upper Clutha region.

The RMPP Action Network model supports small groups of seven to nine farm businesses to work together to explore ideas and share expert resources to help them to make positive changes on-farm.

The Upper Clutha groups are unique, in having a cluster of connected groups in one area, all with an environmental planning focus. Each of the groups has three goals: to create a whole-of-catchment environmental plan, with goals nuanced to their particular areas; to have individual environmental plans for each farm business; and to engage in communication with rural communities, tourism bodies and urban neighbours.

Vet and farmer Amanda Bell, who farms 2000ha Criffel Station at Wanaka, was a founding member of WAI Wanaka and was instrumental in working with RMPP to establish the Upper Clutha action groups.

"Having personally spent a lot of time working with farmers to effect change, and following the delivery of the WAI Wanaka Community Catchment Plan, we saw an opportunity to see if farmers were interested in forming RMPP Action Groups within the catchment," Dr Bell said.

"I’ve seen how critical the support, leadership, structure and solid social science that sits behind a framework is to the success of programmes.

"That framework is essential to enable you to fine-tune and be flexible as you move through. We found the RMPP Action Network team very supportive and agile in helping to get five groups up and moving very quickly.

"With the five groups, plus the existing Lake Wanaka group, we have 55-60 farms involved in the Upper Clutha. We are also talking with farmers in the Wakatipu Basin about setting up action groups there," she said.

Facilitation was key to the success of action groups, and starting so many groups at once meant finding sufficient facilitators was a challenge. Alliance Group stepped in to help source facilitators, and 15 undertook the RMPP facilitator training last February.

"There is so much learning from one another going on. Even though there are a lot of large properties around here, the distance between them is quite significant, so you don’t always get to talk to farmers who are farming in similar ways to you.

"There is a lot of discussion, with people who have had issues and come up with solutions or people who are looking for solutions. There are a lot of conversations along the lines of ‘Have you tried this’ or ‘I want to try this’?

"That discussion between farmers is invaluable. I find the whole process fascinating. We have learned so much — from the most effective way to take a water sample and get it off to the lab to a lot more about risk management, wetlands and riparian planting."

Dr Bell said the collaborative approach has been critical for the Upper Clutha groups.

"The groups can connect, collaborate and support and with science and expertise and a framework behind that, we can pull together so much faster," she said.

"Having that framework and facilitation enables better connections to be made and people will come on board, because they see where you are heading.

"The groups have hit the ground running. They are doing innovative things — one group is looking at native fish repatriation, another is working alongside the Cardrona ski field and the distillery to look at water monitoring and the impact of tourism.

"Through identifying opportunities to structure learning and provide supportive environments for farmers, we are already seeing work that can be made available to all farmers in our groups and potentially far wider.

"Three of the groups are planning projects with carbon emissions. They aim to have carbon mitigation plans in place within the next few months and a workshop is being developed to support this. Farmers need to have these plans by 2025 so this is footwork that will enable this.

"By connecting and collaborating, supported by expertise, groups like this create opportunities to show what can be done on a larger scale.

"Connections create those opportunities — and all these initiatives are being driven by members. Feedback from farmers and the wider community is impressive and positive. They are very keen to push ahead."