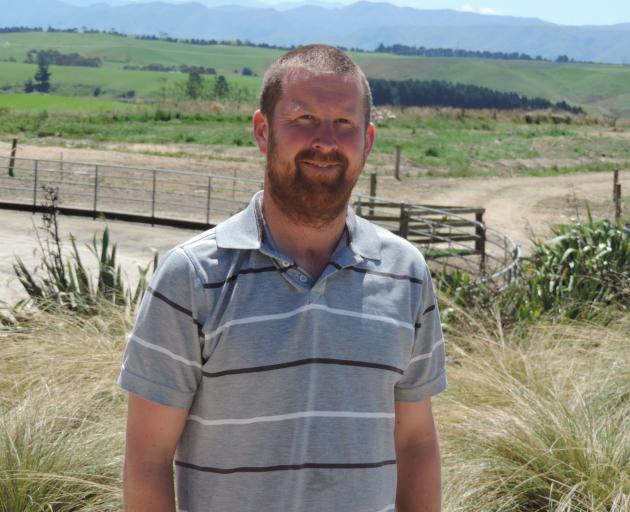 A career move from managing a dairy farm to concentrating on building what was a side-hustle of working in agricultural compliance into a full-time business will allow him more time and flexibility for the role, which begins in July.

"That’s given me the opportunity to hopefully free up a bit of time to commit to the president role at Rotary," Mr Thelning said.

"I’ve been doing other roles like secretary, which I’ve been able to do fairly remotely, and doesn’t have quite the same commitment as the president role.

"I’ve been part of Rotary since 2017, and definitely, I think you get more out of it than what you put in and the more you put in the more you get out. So it will be good to put a bit more in, and give back."

At just 34, Mr Thelning was the youngest member of Oamaru Rotary, but there were two other members in their 30s, including past president Michael Robinson.

Mr Thelning hoped to carry out a bit of a "membership drive", and wanted to encourage more younger people, and those just starting out in business, to join.

"Because the big thing I’ve got out of Rotary is the networking and just the general advice from a lot of those really experienced people in business, and people in local government.

"Plus I’d like to get a more diverse range of people involved . . . you’ve got to keep members coming in for the ones who are retiring for different reasons."

"We don’t want people getting over-worked."

Mr Thelning has been running his agricultural technology compliance company for about four years.

He set up websites for health and safety, managed and repaired fixed-grid irrigation on farms, created farm environment plans, and also helped with auditing and keeping farm compliance in check.

"Because that’s become a massive job over the last few years."

He had done no advertising, and business had grown through word of mouth.

North Otago, in particular, had a lot of farms with a lot of technology, and a lot of the irrigation infrastructure was quite modern, he said.

Mr Thelning said another big motivator to branch out on his own was getting back into flight instructing at the North Otago Aero Club, which had been a passion of his.

He and wife Violet had moved to Herbert at Christmas time with their three children, Hazel (8), Alfie (6) and Ted (5). Ted turning 5 had made the move to running his own business more feasible also, as it meant a bit more freedom for Mrs Thelning to pick up more paid employment.

Along with being Rotary secretary, Mr Thelning was on the Bookarama committee, which he really enjoyed.

"I think that’s the key for a lot of Rotary stuff — it’s got to be fun, as well as doing a bit of work to raise funds and do service for the community. And I think that’s one of the biggest strengths of our club — it’s a really good group of people and I really enjoy working with them."

Another part he enjoyed was the visits to other businesses.

"You go to really successful leading edge businesses, and they tell you how they got started and how they got to where they are. And there’s always something you can take from that, that you can apply to your own business or your own life in general, really."

Another appeal of Rotary was the international "like-mindedness" of Rotarians.

"You can go anywhere in the world. There’s a million Rotarians and they’ve all got the same goals, really. You can act locally but think globally, so you’re not just helping your own community, you’re helping do things like ending polio."

The costs of running the organisation were funded by the interest from the money it raised, so money raised this year was put away for three years, and the interest covered the overheads, he said.

"So 100% of that money will go into the projects that it’s meant for."

Seeing the positive impact the fundraising had on the community was equally rewarding. Projects included a chair for patients undergoing chemotherapy, and providing a van for local kindergartens.

Mr Thelning would take over the president’s role from Waitaki district councillor Jim Hopkins in July, which allowed him to carry out the necessary training beforehand.

Oamaru Rotary Club meetings were held once a fortnight, on a Wednesday, and new members were welcome, Mr Thelning said.

"It’s great if people can come along and see what a meeting’s about. And if they enjoy the company and the people, and like what Rotary’s about, we’re definitely looking for new members."