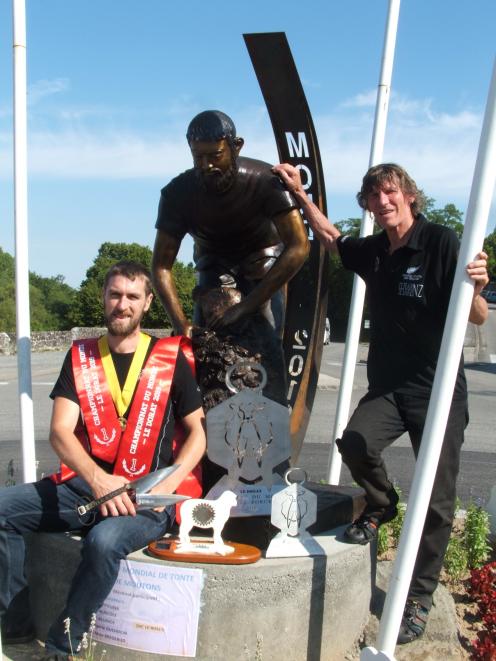 Mr Oldfield, who is a finalist in the rural sportsman of the year category in this year’s Rural Games, started competing when he was 16 years old in New Zealand’s intermediate blade shearing grade.

‘‘They actually closed that grade because there were not enough competitors so I was immediately bumped up into open graded competition. It was quite a few years before I started to do well.’’

His first open grade win came about in Ireland only five years ago.

‘‘From that win I started travelling around Europe and the UK in their summer, competing and winning a few over there, coming back to New Zealand for a New Zealand summer to shear and win a few home competitions on the way.’’

Mr Oldfield found himself travelling back to the United Kingdom for three consecutive years, missing out on the 2017 world shearing championships but saw his father, Phil Oldfield, placing third.

‘‘My father’s win spurred me on to have a go into 2019. I made it into the Kiwi team and went over to Scotland, winning a competition there as a warm-up and then taking first place in France’s world championship a week later,’’ Allan Oldfield said.

Mr Oldfield’s win at the 2019 world shearing and woolhandling championships marked the first time anyone outside of South Africa had taken the top blade shearing spot in 25 years, since South Africa had entered the competition.

‘‘The inside-saying is that New Zealand is regularly second best to South Africa.

‘‘Two weeks after the shearing champs in France I won two of the biggest shearing competitions in Wales which was a bit of a confidence booster.’’

The string of successes has left Mr Oldfield wanting more, planning to hold his blade shearing title in 2022.

‘‘This summer, I admittedly have not been pushing so hard. I am being careful not to stress myself out, working through the winter in New Zealand instead of travelling to compete in Europe. My partner is studying for a master’s degree at Canterbury University so I have left Geraldine and moved to Rangiora for work,’’ Mr Oldfield said.

Phil Oldfield won the last Golden Shears competition a full decade ago, back in 2010.

‘‘He actually just had his hand operated on in January and has really wanted it to heal before this competition. Hopefully I have the upper hand, so to speak,’’ he laughed.