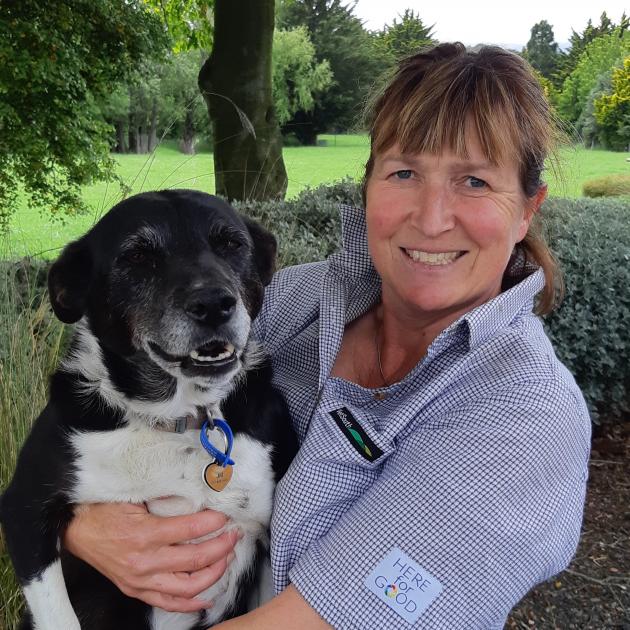 Tapanui vet and mother of three Fleur Barker added another string to her extensive bow this year by taking on the president’s role of the West Otago A&P Show, which takes place this Saturday.

"Things have been pretty busy. I’m taking the week of the show off to be able to do the things that need to be done. Life has always been busy though, and I’m very lucky to have a supportive workplace around that and the children."

Ms Barker works four days a week for VetSouth at Tapanui. Originally from Nelson, she has lived in the South for more than 20 years, and is proud to call herself a West Otago-ite.

The 47-year-old grew up on a sheep and beef Farm at Stanley Brook, near Nelson. She studied veterinary science at Massey University and after graduation took up a mixed practice position at Gore in 1996, basing herself in the West Otago area as a farm services veterinarian. Her keen areas of interest are sheep, cattle and deer species, as well as equine work.

Partner Richard, who divides his time between Canterbury and West Otago is an equine vet.

Much of her work is based around animal reproduction, which she could relate to, having taken three lots of maternity leave to have her children. Susan (20) is at Otago University, and Samantha (17) and George (16) at Blue Mountain College in Tapanui.

A keen outdoors woman, she does not get much time for one of her great passions, riding, but is very involved in her children’s equine pursuits.

When she joined the Tapanui Pony Club, she went to a meeting and came home as president.

During her years in West Otago, she had served on the show committee for some years.

However, being president of an A&P show was a more highly visible role than she had been used to.

"In my 20-plus years as a vet, I’ve been in various leadership roles. I’ve done public speaking, for instance, at the deer conference, or farm seminars, and sometimes at pony club.

"I’m a more reserved sort of person. It’s not my passion, but I’ve certainly grown into the role, though I’m not naturally good at it [public speaking], it’s not completely new."

Her respect for the people of West Otago had grown with her personal growth journey.

"What people do is just amazing. Just keeping in touch with the various conveners is a big part of the role, where I’m coming into contact with new people that I haven’t had much to do with in the past."

She is involved in several community events, including the annual lamb-tailing college fundraiser, which helps pay for the three-yearly school trip that her eldest daughter had had the benefit of.

As part of the show committee, she has been involved in the annual hay and baleage, as well as ewe and hogget competition fundraisers for the community.

She pondered what life would have been like had she stayed in Nelson.

"It would have been very different. Nelson is a much more varied community, with more alternative lifestyles and less traditional areas. It has more lifestyle blocks. We tend to work with large farm animals here, and there it would always have been mixed.

"I love it here. West Otago is a fantastic place to live and bring up kids. It is home to me now."

She has splurged on a nice new outfit for the show.

"I had to go out and buy something new. I spend my week in overalls and boots. It will be a nice change."