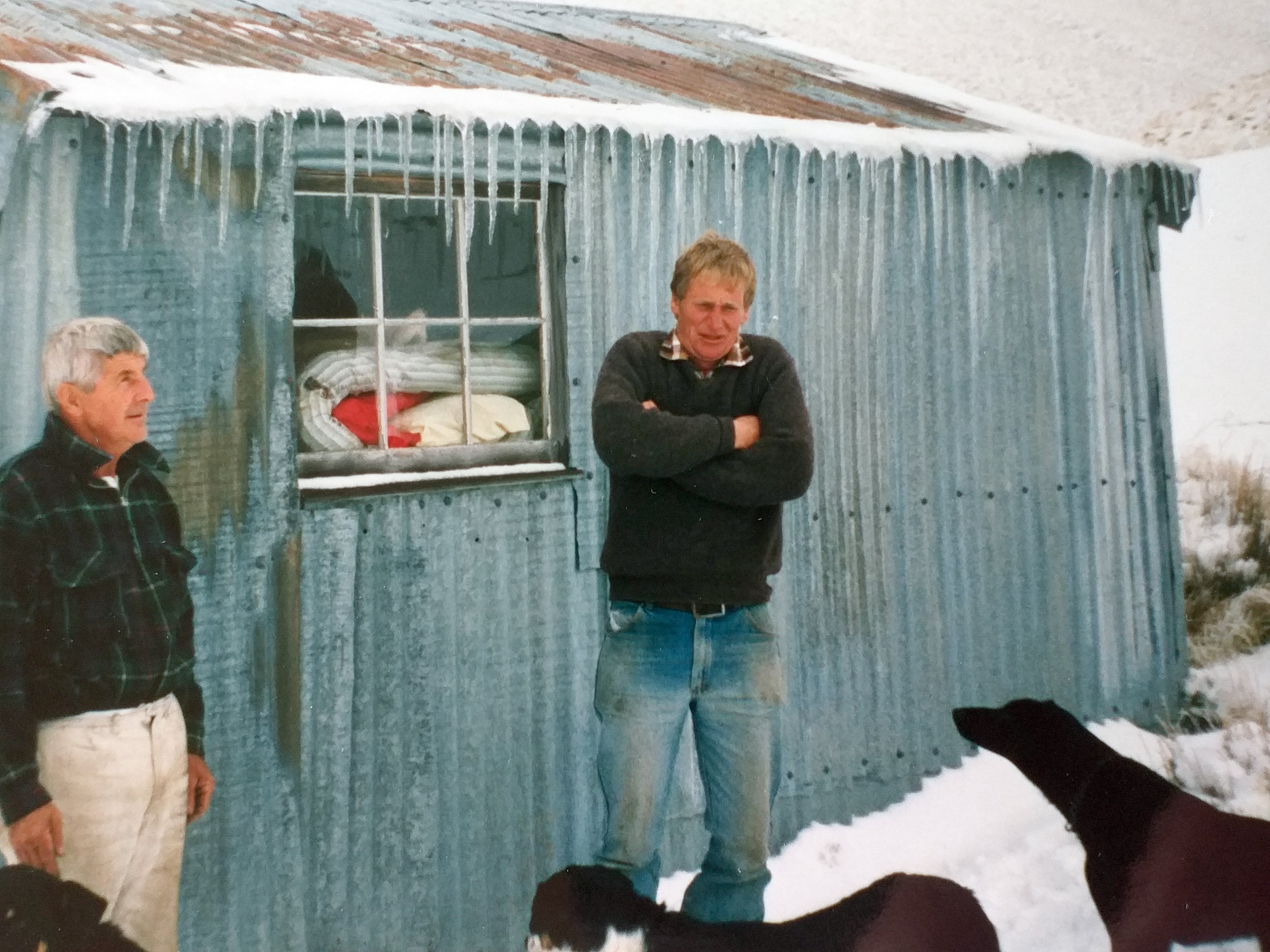 "It’s a bit like working ... on the wharf. If you don’t turn up, they all start talking about you. I’m a bit worried they’ll start running me down," Mr Crutchley (63), who lives in Waikouaiti, quipped.

He would have notched up 40 musters last year -— if Covid-19 had not interfered - and he reckoned he would probably keep returning as long as he was physically able to.

Despite being somewhat of a gypsy himself, and moving around, it was one place he kept going back to, and he was looking forward to the centennial celebrations and catching up with people he had not seen for a long time.

It all began when his uncle Bill Strode, who held what is now Jock Scott’s shareholding, rang in desperation looking for a musterer.

Tim and his brothers Graeme and Harry mustered on the syndicate in the early years, but only Tim carried on.

The huts were old back then but that did not trouble the young musterers for whom it was a "big adventure".

"I didn’t care if I had to sleep outside", he said.

Their father, Bert Crutchley, mustered during the days of the bell tent and used to tell his sons how cold it was.

There was a story that they found the tent had frozen when they tried to fold it up, and it ended up on the back of a mule, going along a ridgeline, while still practically erect.

Tim was pleased to see the completion of the Soldier’s Hilton hut, saying it would have been too difficult to continue to attract musterers given the condition of the old huts.

"Even I would have got sick of it eventually," he said.

But after staying in the Hilton the first time, when he returned home and tipped his gear out, his wife Raewyn queried whether he had in fact been mustering - his equipment was too clean and did not smell of smoke from the fireplaces in the old huts.

While Mr Crutchley quipped that he struggled to read the paper in the morning these days, he could still see sheep on the hill "miles away".

"Hopefully there will be an autumn [muster] this year ... assuming I get the call," he said.