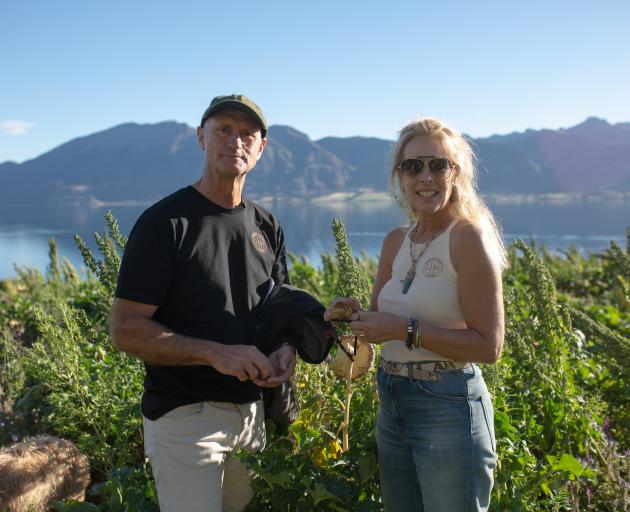 Protection of the environment has been a long-standing passion for Geoff and Justine Ross. PHOTO: SUPPLIED
Lake Hawea Station has been named the first farm in New Zealand to have a carbon footprint certified by environmental certifications provider Toitu Envirocare.

The property is owned by Geoff and Justine Ross, best known as entrepreneurs and co-founders of the 42 Below vodka company. Mr Ross has also been highly successful in business.

After buying the station in 2017, they leased the 6500ha property back before taking over the farming of it in 2019, aided by staff.

The Ross family had worked on the station’s carbon profile over the past two years, and Toitu recently spent time on the property to independently verify and certify the station’s position.

Chief executive Becky Lloyd said Toitu carbon zero farm certification was important as it demonstrated to farmers, their customers and regulators that pastoral farms could be carbon neutral and, at the same time, commercially viable.

In a statement, Mr Ross said a pleasing part of the process had been the ability to increase stock numbers while improving their carbon position.

‘‘The popular myth is the only way to reduce your carbon profile is by reducing stock numbers. This hasn’t been the case here.

‘‘Instead, we have increased stock numbers and wool production whilst increasing our tree plantings and retiring of marginal land,’’ he said.

Given New Zealand was largely a pastoral farming system and that so many farms had significant native tree lots, the country had a significant competitive advantage over other agricultural nations by providing carbon positive food and fibre, Mr Ross said.

Close to 1800 tonnes — or 71% of CO2-equivalent emissions — from Lake Hawea Station were due to methane from grass-eating sheep and beef.

On the other side of the carbon ledger, the farm locked up well over 3966 tonnes of carbon through extensive tree planting and areas of regenerating bush.

In time, the Ross family hoped to add to the value soil would offer, from recent regenerative farming initiatives and the ability tussock had in the alpine country to sequester carbon.

They were also actively looking to reduce methane emissions through genetics, regenerative farming and possibly seaweed, they said.

They believed the goal for farms should not be just carbon zero, but rather to achieve the best carbon position possible for that farming system; for many farms that would be carbon positive.

Their own ultimate goal was to be 10 times carbon positive.