Change a constant in 50-year career 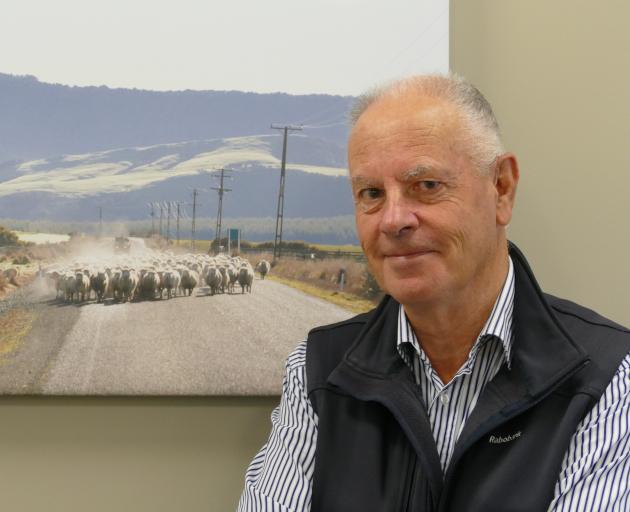 Despite the rise of dairying in the South, Andrew Welsh's focus continues to be on the sheep sector. Photo: Ken Muir
When you have worked for more than 50 years in the rural sector, change is a constant and for Andrew Welsh, an agribusiness manager at Rabobank in Southland, this has included everything from the model of car he was supplied with to the way he communicates with co-workers and his clients.

Mr Welsh said farming was in his DNA.

''My great grandparents farmed in South Otago and Opotiki, and going further back than that our relatives had farmed in County Durham before coming out to Hawkes Bay.''

He started in the industry at the bottom, he said.

''When I started at Wright Stephenson's in Gore in 1968 as an office junior, I was everybody's general dogsbody.''

However, he said the advantage in beginning with a large organisation was that he got to experience all the key aspects of servicing the agricultural sector.

''I moved through the grain store, merchandise division, the wool store and the real estate operation before working as a junior stock agent in the Gore/Waikaka area,'' he said. ''There were a lot of hours spent penning up at the McNab and Charlton saleyards.''

Later he worked as senior company rep in Invercargill in charge of the pen allocations at the Lorneville saleyards.

A move into rural finance in 1984 has seen him service clients large and small throughout the province, providing financial assistance, succession planning and growth opportunities.

The passing of time also saw changes in the vehicles used for the job.

''Mr first company car was a Hillman Hunter (repeated later on) and then a Valiant, a Toyota Corona before moving to a Mazda 626 and Holden Commodores in later times,'' He said.

Another big change for the sector has been the arrival of ever more complex technologies.

''I hold my own but younger people often find it easier to adjust,'' he said. ''When we started out we were using radio telephones (RTs) and now with a cellphone we are hardly ever out of touch.

Mr Welsh said both younger and older groups could help each other, with the older sector passing on their experience and knowledge and the younger brigade helping with the technology.

With sheep farming being forced back into the hill country due to the rise of dairying, Mr Welsh said his clients have become spread more widely throughout the province.

''But the nice thing that has happened through these changes is that I continue to deal with the same families, often through second and even third generations,'' he said.

Mr Welsh said that while change had been a constant in his 50-year career in the rural sector, change itself was now an issue for many farmers with succession planning being one of the major issues they face today.

He said the nature of farming businesses means families build up significant assets as well as knowledge about how the business operates and it is no small task to manage the transfer of these to the next generation.

''The dairy boom has brought many changes for the province, but after 50 years well-established relationships are still the basis of my work,'' Mr Welsh said.

''It means our clients stay with us and we continue to get the opportunity to service their needs.''