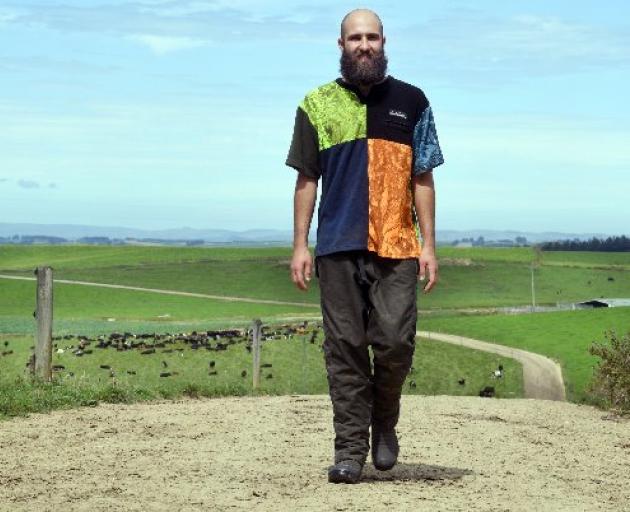 Italian traveller Alberto Candido, who helped out with the community flood response in West Otago, is now working on a dairy farm in the area. PHOTO: STEPHEN JAQUIERY
He had no work, no money and no transport.

But as charismatic young Italian traveller Alberto Candido says - "when you find yourself in difficulty, you understand you’re capable to do things".

And that was how "the new local of Tapanui" found himself on an unexpected adventure - from helping with the community’s response when the recent flooding hit, to putting hands to milking cows on a local dairy farm.

Mr Candido (27), who is in New Zealand on a working holiday visa, had been picking cherries in Cromwell and was on the way to Dunedin when his van broke down at Beaumont.

It was towed to a garage in Tapanui and, as he awaited parts to arrive and repairs to be done, Mr Candido slept in his van for about a week.

It coincided with the flooding and, as many of the townsfolk were trying to help him - including offers of hot showers - he decided to also help people.

He volunteered in the local community hall, working in the kitchen, serving food and washing tables.

Mr Candido described it as "another energy" in the town as the community all banded together to help each other.

Keen to earn some money until his van was fixed and paid for, and to save some money to continue his travels, he was eager for some work.

It happened that operational managers Shane and Carol Paulsen, who milk 750 cows 15km from Tapanui, were looking for a casual worker.

They met for coffee and, given Mr Candido was the same age as one of her own sons, Mrs Paulsen felt she couldn’t leave him living in a van.

The couple had a vacant flat on their property so offered him a job and accommodation, doing some milking, and found him some "farm clothes".

For a first-time milker, he had learned to put cups on very quickly, Mrs Paulsen said, although Mr Candido admitted the early morning starts had taken a little adjusting to. He had been heard singing in Italian in the cowshed.

His van was getting a warrant of fitness in Heriot and his adventure in New Zealand was coming to an end, as the expiry of his visa drew nearer.