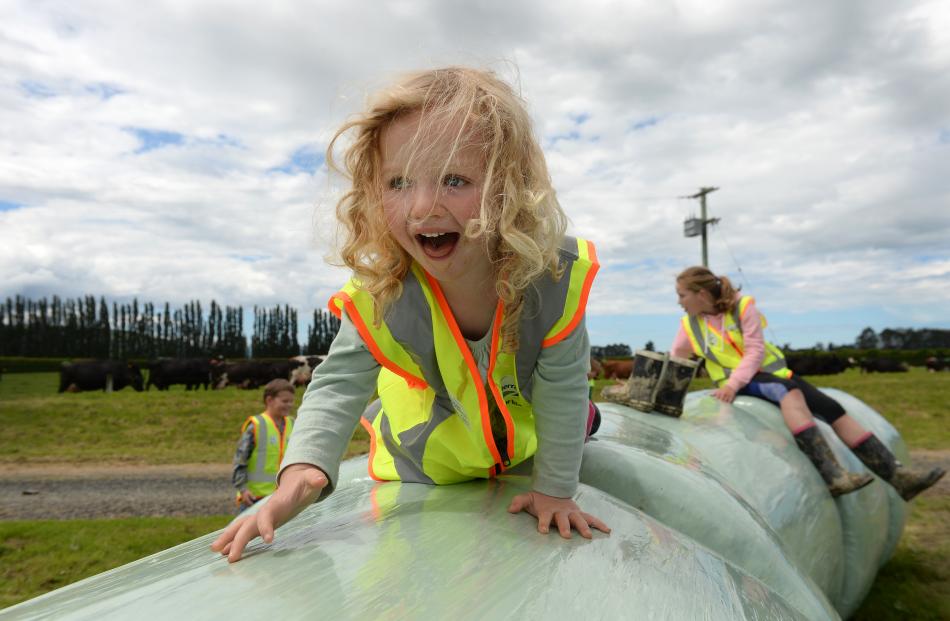 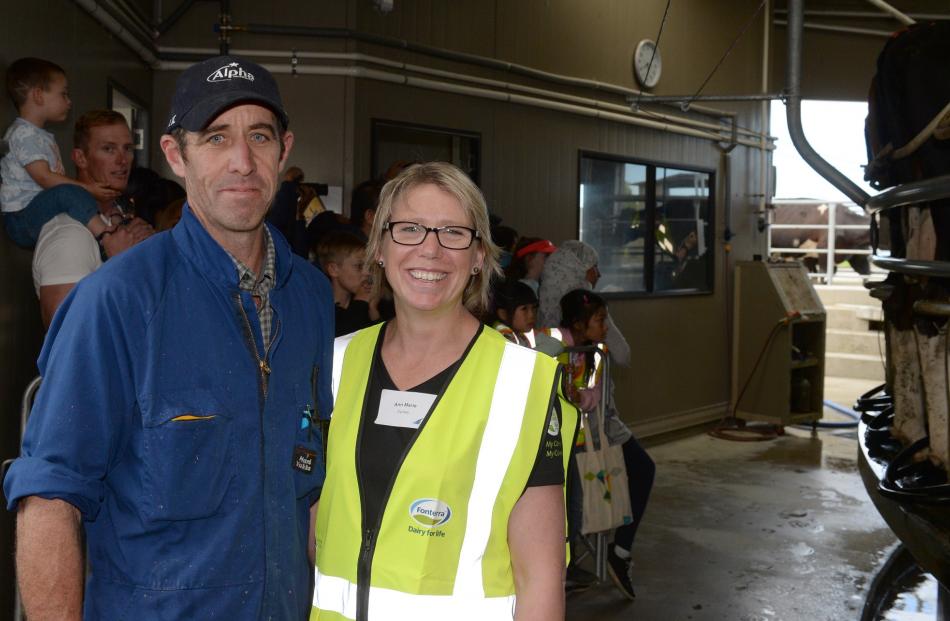 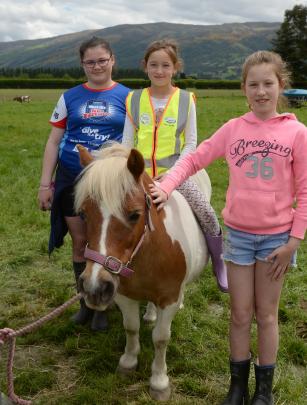 Enjoying a close encounter with Freddie the horse at an Outram farm yesterday are (from left) Jessica McLellan (11) and Sophie (7) and Ashley (12) Rzepecky.

About 20 Fonterra staff, farm staff and some other farmers from the area also pitched in to help run a series of fun activities, including farm tours, during the three-hour event, which ended at 2pm.

Ice cream eating was also popular and youngsters had plenty to do, including climbing over a hay bale "caterpillar".

Mr Wells was pleased with  the open day  at the Outram farm, which was one of 15 properties participating, throughout the country.

Since they bought the Outram property seven years ago, he and his wife had completely redeveloped it with a focus on protecting the environment, building a new rotary milking shed and installing a new effluent system to reduce the impact on the environment.

"I was very pleased how the day went," Mr Wells said.

He wanted young people to realise  good careers were available in dairy farm work, including in related scientific work and IT support.

Bronwyn Thomson, of Auckland, a Fonterra employee who undertook the event management role for the Outram open day, said it had been a "fantastic" success, and happy visitors had "had a good look around".