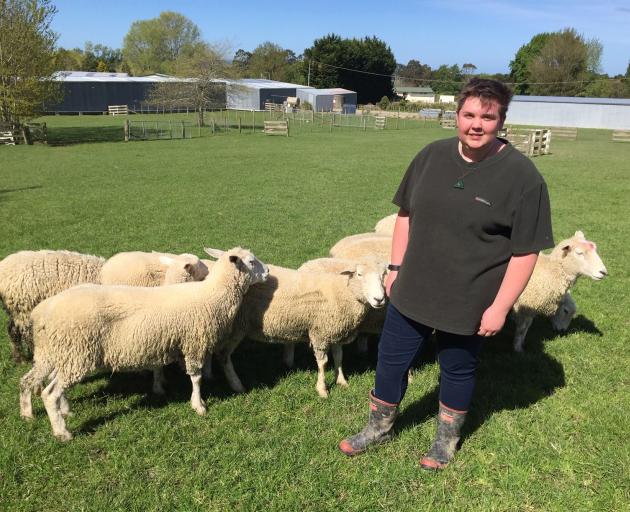 After all, she grew up with dairy cows on her uncle’s farm in Taranaki.

However, the North Islander does not think her future lies with these milk-producing mammals.

Instead, she hopes to specialise in sheep and deer milking.

The experience of studying at SIT's Telford Farm campus over the past two years has provided Miss Hatcher with a platform to enter this burgeoning agricultural sector.

Originally from Whanganui, she has just completed a Diploma in Agriculture at Massey University.

It was a qualification that nearly did not happen for the 20-year-old.

The liquidation of Telford’s former tertiary provider Taratahi Agricultural Training Centre two years ago meant she could not take up a two-year scholarship at the Masterton campus.

"I was all set up to start then it shut down, but then I got the email to say that Telford would be open, so basically I had one day to sign up, and less than a week to get ready to come down."

Going to the Telford campus near Balclutha to study was not a decision she had regretted for one moment.

"It’s been great down here. Its so different from Taranaki. People are so open, and so welcoming. You end up being part of a big family."

Miss Hatcher owes her interest in farming to her uncle Gary Hawken, who is a dairy farmer in the Waverley/Waitotara area in south Taranaki, about 40km from Whanganui.

She is the youngest of four siblings.

"We grew up in a city. None of my siblings had any interest in farming. It was really my uncle that should take the credit. I would never have been interested if it wasn’t for him."

During her studies, she developed a fondness for sheep and, as part of her course, trained her two sheep dogs, Stanley and Bud.

"I love sheep. The course got me into liking them, but it also got me interested in their milk."

The whole debate around lactose intolerance to A1 milk and the health benefits of the A2 milk produced by sheep and deer had fascinated her.

It led her to apply for jobs at deer and sheep-milking operations.

The process was the same as milking a dairy cow, she said.

The deer and sheep-milking season was complementary to move between South Island and North Island farms. Deer were milked December to March and sheep from about March to November.

"There are only a handful of deer farms. I love cows and sheep, but I don’t want to be milking cows and chasing sheep all my life. I really want to be doing something different."

She was more than ready to bust out of study mode and move into the real world.