Doing it all on the Mackintosh farm 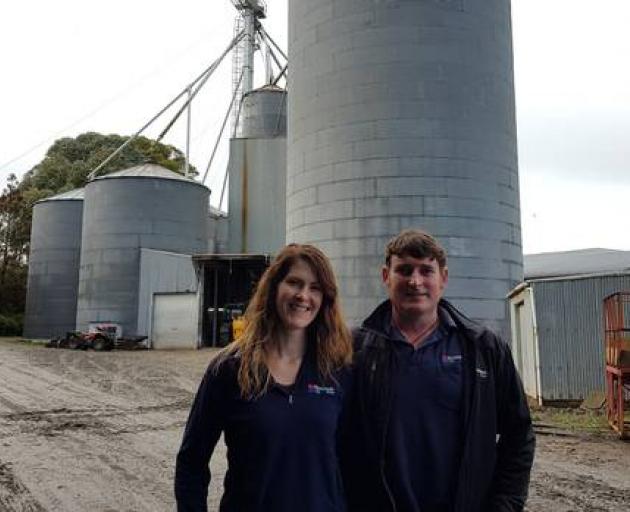 Living off the land can be a juggle at the best of times but the Mackintosh family have turned it into an art.

The Mackintosh family must have one of the most diverse and varied agribusiness operations in the district.

With eight staff they grow, store and market grain, raise thousands of chicks to laying age, breed and finish sheep and beef, do a range of agricultural contracting and have a small honey initiative.

The Mackintosh Group Ltd was formed in 2007, as Bruce and Helen's children Paul and Ruth looked to get more involved in the farm.

Every year the group raises more than 100,000 laying hens from 1-day-old chicks to point of lay pullets, using two new purpose built sheds at the Dunkeld farm near Whanganui. 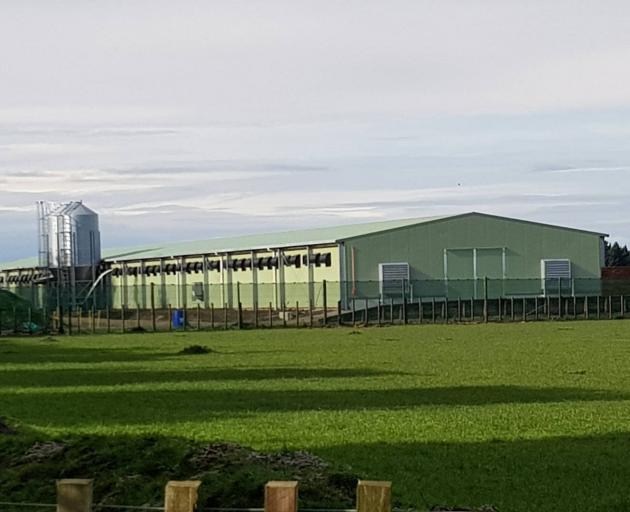 Chickens are raised to point-of-lay in new sheds at the Dunkeld farm in Warrengate Rd. Photo: NZME
The chicks are contract-reared for Golden Coast Commercial, a subsidiary of Tegel, and before they start laying most of little Hy-Line Brown hens are trucked to Henergy in Masterton.

They arrive at Dunkeld in batches, several times a year, from a hatchery at Lepperton in Taranaki. Each of the farm sheds holds 10,000 to 30,000 at a time.

The chicks weigh just 40g when they arrive and they leave as 1.5kg four-month-old point of lay pullets. Each has to be strong enough to lay six to seven eggs a week for the 70 to 80 weeks of their life.

Because the hens won't be caged they are raised in an aviary system so that they can perch and fly. They need that in the new system of barn and free range chickens.

The Mackintosh Group grows 160ha of grain a year – but that grain is not for the pullets. Instead they eat pellets made from mainly imported grain, with ingredients to ensure their little bodies are strong enough for all that laying.

Raising them could be done almost anywhere – but it needs to be a place where neighbours won't complain about noise. The Mackintosh land near SH3 is a good site.

The family has had a resource consent from Horizons Regional Council for some time, Paul Mackintosh said. His father, Bruce, has farmed free range and broiler chickens there at various times since 1973.

Paul and his sister Ruth are the directors of The Mackintosh Group, with their partners Anna and Simon as shareholders and Anna as office manager. Ruth Mackintosh doesn't live nearby, but is the chairman of the group's board of directors.

The group's total farmed area is 1200ha, with 700ha in the hills of Tokomaru West, where sheep and beef cattle are bred and there's a small honey operation.

At Dunkeld on Warrengate Rd and other land south of Turakina, some of it leased, the sheep and cattle are finished on specialist summer crops of lucerne, chicory and red clover, and grain is grown. The lambs mature early and are sold as Coastal Spring Lamb.

Paul Mackintosh is the Wanganui Federated Farmers arable chairman. The business cultivates a total of 200ha – about 80ha of maize and 80ha of barley.

The group harvests about 1500 tonnes of grain a year, which is included in the 4500 tonnes it stores and markets. The rest is grown by others within about 10km.

What won't fit in the silos at Warrengate Rd is stored in big white plastic silo-bags that lie on the ground. Grain harvests can vary in size by 30 to 40 per cent year on year, so the extra storage is handy, Mackintosh said.

"It gives us the ability to take a bit more grain. We shift it into silos as we get more room."
The maize and barley are sold either whole or kibbled/milled. The Mackintosh calf blend is popular, and they can also make custom blends adding minerals and supplements. All is sold as feed for calves, horses, milking goats and deer. A few farmers even feed grain to their ewes, at certain times.

Some of the maize has been sold to stockfeed business Seales Winslow. Paul Mackintosh is keen to do more with them, and hoping to work with local growers on new opportunities.

As well as all that, Mackintosh Group also does agricultural contracting, including mole ploughing, cultivating, direct drilling and sowing, grain harvesting and baling hay, straw and baleage.

And it has a weighbridge that can be used 24/7, for a fee, by registered people.