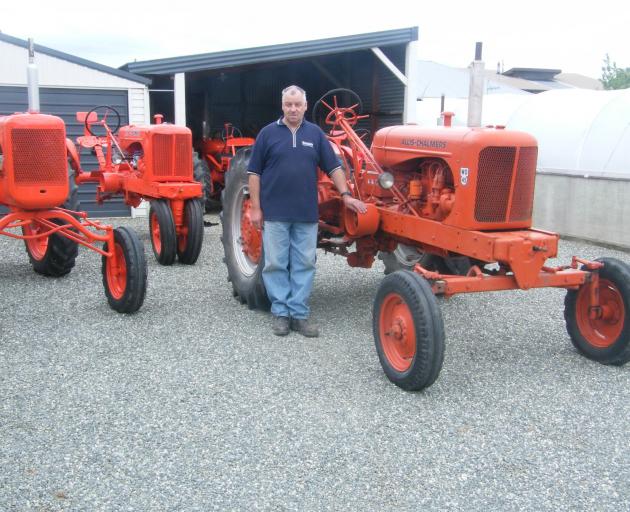 Club president Sharron Caughey said Mr Irwin had been involved with the club for about 30 years.

"He made a huge contribution to the club with regards to Crank Up, in particular," Mrs Caughey said.

"Without him, we probably wouldn’t necessarily be where we are now."

"He’s definitely the driving force behind Crank Up becoming a two-day event, and his PR skills and knowledge are going to be very sorely missed."

The club started in 1986. Mr Irwin attended the first meeting but did not become actively involved until the early 1990s.

He also was the Crank Up convener for more than 10 years.

He encouraged younger members to get involved, she said.

"He was very loyal, very down to earth, friend to many," Mrs Wallace said.

In 1985, his interest in Allis Chalmers tractors grew after son Chris asked to restore the tractor Mr Irwin’s father had bought in 1943.

"It was parked up under a hedge to be probably forgotten about.

"Chris decided he would like to get it out and get it going and so they did.

"It was really from that point on he started to get involved in the vintage machinery club."

She would not like to guess how many Allis Chalmers her father had restored.

"More than a dozen, anyway."

Mr Irwin had also been involved in the Edendale Community Board and Wyndham A& P Show Association.

Ten years ago, he left Edendale and became the Gore racecourse caretaker.

A celebration of Mr Irwin’s life will be held at the Gore Town and Country Club on March 11, at 1.30pm.