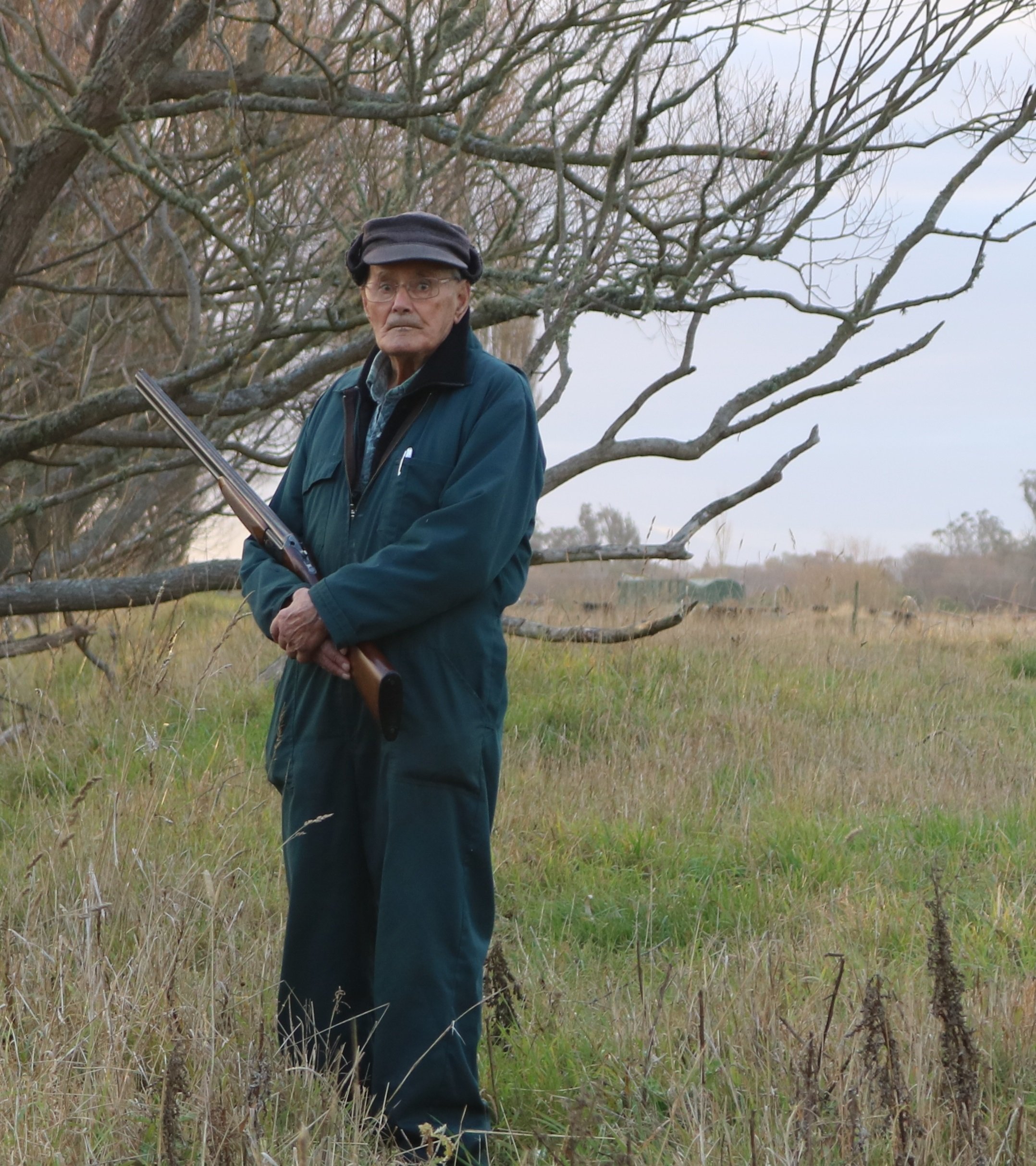 David Thomas (97), of Mosgiel, is duck-shooting in South Canterbury this season with his son, Graeme, and grandson, David. Photo: Supplied
Some people are ready to take it easy in their twilight years.

But last year, Mosgiel duck-shooter David Thomas bought himself a new shotgun. He is 97 and has been duck-shooting for 70 years.

While he had not bagged any ducks this season, Mr Thomas enjoyed getting out in the fresh air with family, his daughter Jennifer Thomas said.

For the past two weekends, he has been duck-shooting with his son, Graeme, and grandson, also named David, in South Canterbury.

They shoot on a private pond at Willowbridge, near Waimate, where as a child Mr Thomas picked potatoes.

"He started off hunting for food and has hunted and fished since he was a teenager," Ms Thomas said.

As a young man, he first went duck-shooting from his home in Morven before heading off to the war late in World War 2.

Born in Waimate in January, 1924, he was brought up in the country at Morven and was the fourth child of eight.

He left school aged 17 and for his working life worked in the public service, retiring at 59 as second-in-charge of the Labour Department in Dunedin, Ms Thomas said.

"Dad embarked on the Empress of Scotland in 1945. It was while on this journey that the news of the end of the war came," Ms Thomas said.

"They continued on to Egypt then on to Italy where the 13th, 14th and 15th reinforcements were assembled as J Force in Florence and he travelled with them to Japan."

In March this year Mr Thomas travelled with Graeme and Jennifer to Wellington to take part in the 75th anniversary of J Force landing in Japan.

Twenty-six J Force veterans and their families gathered for a memorial service with dignitaries including the Governor-General, the Minister of Defence, Minister for Veterans’ Affairs, the Japanese Ambassador and high-ranking officials from the navy, air force and army.

Mr Thomas married Lorna Douglas in 1949. They had three children, one of whom died at birth.They have five grandchildren and two great-grandchildren. Mrs Thomas died in 1995.

He lives in the Mosgiel home he and his wife built in 1959.