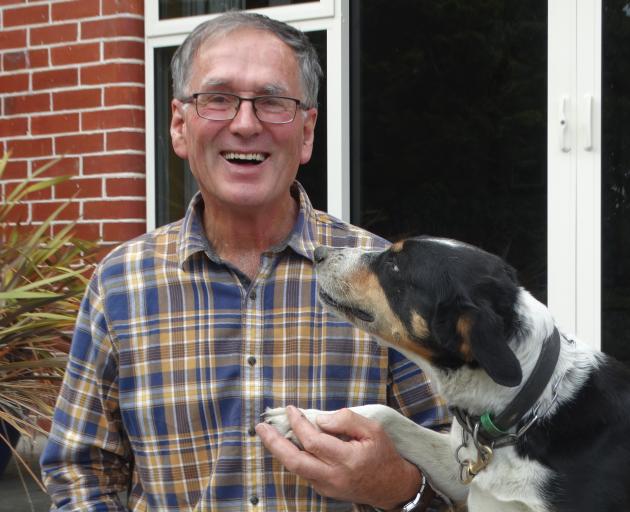 Mr Campbell, who has entered his Border Leicesters at the Mackenzie Highland Show in Fairlie on Easter Monday, grew up in Wyndham and first started exhibiting in 1970.

He had also competed at the New Zealand Agricultural Show (previously Canterbury A&P Show) in Christchurch and the Southern Canterbury A&P show in Waimate.

Mr Campbell’s grandfather and father both showed and bred Border Leicesters. His own interest in sheep began with pet lambs as a boy.

For the past 34 years, he has lived at Pleasant Point where he had sheep, dairy cattle and crops on the 120ha property.

He looked forward to events like the Mackenzie Highland Show and entering his sheep in competitions alongside various other breeds.

Mr Campbell kept records of all the lambs he had bred, using a colour coding system to understand it.

He also kept records for footrot scoring as he wanted to improve the genetics of his sheep, and breed sheep that were the least susceptible to the disease.

Footrot was a complex disease which cost New Zealand’s sheep industry millions of dollars each year.

The infection caused major changes to the hoof, resulting in lameness and loss of production.

Dogs were another interest for Mr Campbell, a former president of the Levels Sheep Dog Club which holds its annual trials on April 11, 12 and 13 alongside the Fairlie-Albury Rd.

He began dog trialling in the early 1980s, laughing that he had a ‘‘fairly good dog and wanted to go out and make a fool of myself’’.

One of his achievements was winning the event at the Southern Canterbury A&P Show in Waimate.

He stopped trialling because he was too busy harvesting during the competition season.