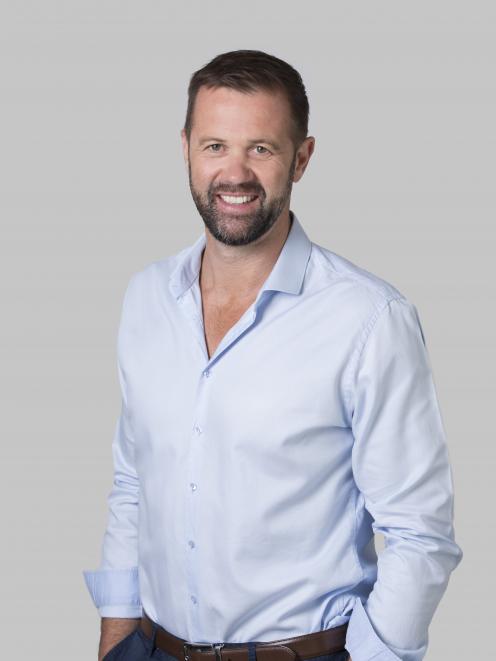 About 13 years ago, Mr Pannett moved to Melbourne and, by anyone’s book, was living the dream. The Kiwi farm boy had a great job with the Australasian bank ANZ.

Then about nine years ago, along came his friend, Compass Agribusiness company founder and fellow Kiwi Guy Blundell.

The third-generation farmer from Wairarapa approached Mr Pannett in Melbourne and told him of his plan to extend his business into Australia.

There were two facets to the business; the advisory side, with farm business and technical advisory, and then asset management. It seemed a good fit with Mr Pannett’s farming and banking background.

But there was one slight problem.

"I left banking with a bit of a dream and no clients. My wife was pregnant with our first child. My timing was questionable, but I was supported 100%."

He left a secure job to build an agribusiness book with an accounting firm, and those clients became Compass clients several years later.

The leap of faith paid off for the 46-year-old. The launch of Compass Australia happened when his wife was expecting their second child in 2013, and he went on to become a partner and managing director of the Australian arm. What began as a one-man-band had grown to a 20-strong team.

"Now we’ve got a fantastic blend of Australians and New Zealanders and people from all around the world."

He and his wife, Tamara, and their two daughters, Amelie (9) and Maya (7), are firmly ensconced in Australia with no plans to move to New Zealand. However, it was easy enough to work in either country in his line of business, he said.

"I don’t see that there are any barriers. One company can be here [in Australia] and the other part of it can be over there. There are learnings from both countries that can be applied to both."

This success story began on a sheep, beef, dairy and cropping farm at Wairuna, near Clinton, owned by his parents Barry and Helen Pannett. They have moved to Queenstown but the family had retained the property as a dairy farm and kept the same manager for 25 years.

"That experience in mixed farming, and how the staff were treated, and the whole community-based feel of farming, totally influenced how I’ve gone about being in agriculture."

Mr Pannett went to John McGlashan College in Dunedin as a boarder from the age of 12. After leaving school and spending a year at home on the farm, he went to Lincoln University to study for a diploma in farm management and a bachelors’ degree in agricultural commerce.

His first job out of university was in agronomy, working in vegetable seed production in Methven.

"That was a fantastic experience, dealing with clients. It took me to many different growing climates around the world."

He had his own small farm in Mid Canterbury and also went into rural banking part-time. He headed overseas and worked in a range of roles across the agricultural industry, and returned to New Zealand to work in the rural banking sector, first based in Canterbury, then eventually moving to Melbourne with the ANZ.

Compass is involved with a raft of different farming operations — dairy, cropping, sheep and beef and several vineyards.

"We were attracted by the water. It gets 15% of Australia’s rain, and has 3% of its landmass. That’s where we started, because that’s what we knew."

The company then got involved with ventures in Victoria and Gippsland, and had taken on advisory roles in New South Wales and Queensland.

"I still love going out on the farm. It’s in the blood. I’m in a job that relies on those experiences I had growing up. It’s ingrained."

There have been some gongs and recognition along the way. The company was named the fastest growing agribusiness in the Deloitte 2015 Fast50 with an 18th overall ranking.

In 2018, it won the Tasmania Dairy Employer of Choice Award for its support of the dairy industry in Tasmania.

It was recently awarded a fellowship to the New Zealand Institute of Primary Industry Management for services to the agricultural sector and excellence as a rural professional.

Mr Pannett had learned there were no quick fixes in agriculture.

"You’ve got to be continuously improving in agriculture and take a long-term view."

The company is active in helping New Zealand farmers come to grips with the challenges they face through new freshwater regulations, and Australia faced similar challenges.

He was helping farmers "be ready for that change".