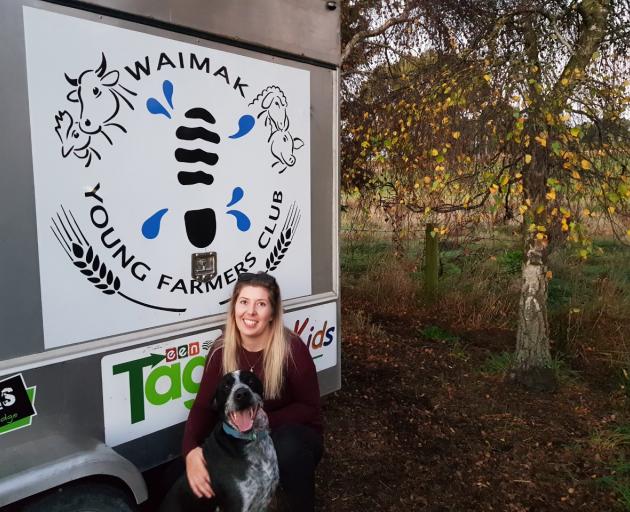 The Waimakariri young farmers club events and health and safety co-ordinator and Tasman region junior vice-chairwoman said she was looking forward to competing in the match-making contest with a country twist.

''A few of my friends tried to put me in Married at First Sight, but I think I much prefer going in a rural competition,'' Ms Foley said.

''A few of us from the Waimak club have been saving up to go to National Fieldays for a while and there's a young farmers' dance on the Friday night, so it should be a good trip.''

Ms Foley said she found out last month she had been selected, but was not allowed to spill the beans until it was announced.

''A few people joked about doing it [nominating her] but I was the one who applied.

''To begin with they all laughed, then they thought it was cool and now they're more competitive than I am.''

She said she was unsure what tasks she would be asked to complete, but suspected it would be like a young farmers' competition, but without the intensity.

She has had lots of offers to help her train with chainsaw skills, fencing and other farming skills.

''I figure I've got nothing to lose and everything to gain.''

She said one of her workmates at Assure Quality in Christchurch, Sam Harvey, had also been chosen.

''I wish they offered more agriculture at Avonside, but I remember my chemistry teacher just about cried when she realised I was doing soil science at Lincoln University.''

She is due to fly to Auckland on Monday before the competition begins at Mystery Creek the next day and continues on Wednesday, with the prizegiving on Friday.