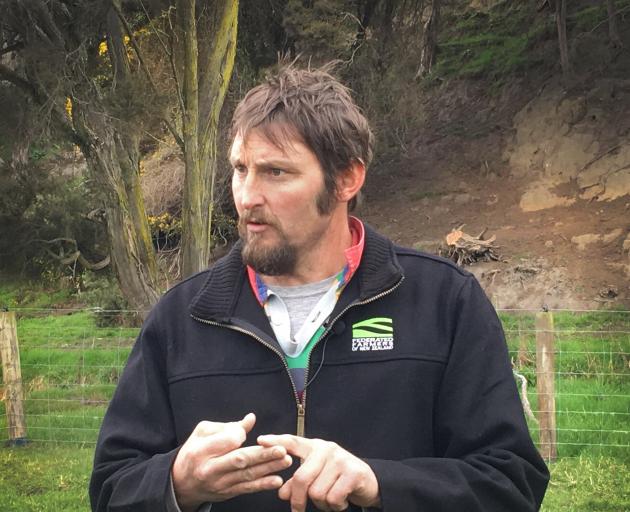 Mr Davies, a Toko Mouth sheep and beef farmer, took over from Phill Hunt last May. Now, he is preparing for his first provincial annual meeting in the top job.

It will be held on Friday at the function room at Centennial Court Motel in Alexandra from 4pm.

Part of that learning curve had been the diverse range of topics that he had been asked to comment on.

"It seems like an endless quantity of things that come along," he said.

Reflecting on his tenure so far, Mr Davies said it had been an interesting and enjoyable year and he had met some "really good people" through the role and he was looking forward to his second year.

As far as balancing farming with his Federated Farmers duties, Mr Davies was reasonably comfortable with his workload.

Family time - he and his wife Joanna have two young daughters - had probably suffered a little, but that had not come as a surprise, he said.

When it came to major topics during the year, Mr Davies highlighted water - both quantity and quality - along with the Mycoplasma bovis response.

Appropriately, a panel discussion would be held in the evening after the annual meeting entitled The Future of Water in Otago.

Farmers needed to get on board to change the likes of winter grazing practices; unfortunately, some had become too apathetic and it was their image that got "portrayed all over the world" and to media, Mr Davies said.

Information was available to farmers but, unfortunately, some people's behaviour needed to change.

A tap being left on by an employee was an accident but fencing stock into waterways or cropping paddocks without buffer-zones was an act of vandalism and should be treated accordingly.

Meanwhile, farmers were due to receive consultation packs from Beef + Lamb New Zealand on an increase to the maximum biosecurity levy for cattle - from 45c a head to $2 a head - as part of the Mycoplasma bovis response.

Mr Davies said he still had some major concerns over the Mycoplasma bovis response and some of its "failings".

He was worried that farmers directly involved in the response had lost confidence in the Ministry for Primary Industries (MPI) and, correspondingly, MPI was losing their co-operation.

It had been a challenging season for farmers with "oodles of rain and oodles of grass" followed by no rain and no grass.

The Clutha district had been particularly hard hit, but he had been fortunate to have had recent rain on his 750ha property - 50km south of Dunedin and 15km southeast of Milton - and was in a much more comfortable position than three weeks ago.

Some other areas, like Waitahuna and Lawrence, were "still pretty sick" and would take longer to recover, he said.