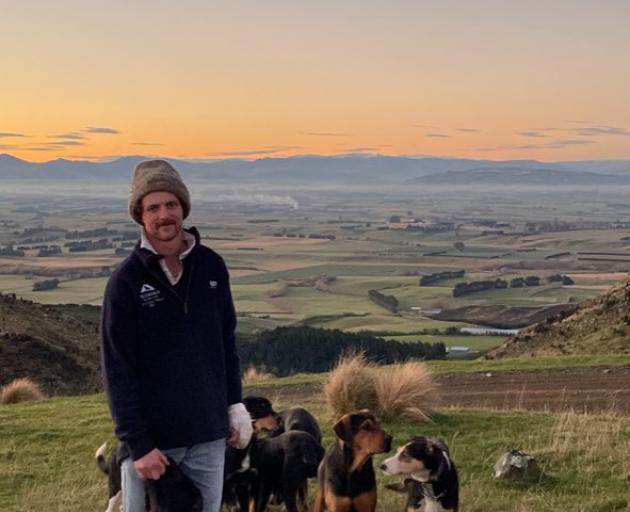 Luke Knowles, a shepherd on Glen Islay Station, near Clinton, is raising money for the Will To Live Charitable Trust through the Dry July campaign. PHOTO: SUPPLIED
When Luke Knowles got the call that a good mate had taken his life, it was mind-numbing, heart-breaking and “just totally confusing”.

Mr Knowles said his mate, an intelligent, outgoing and fun-loving young man, was not someone he would ever have guessed was not happy on the inside.

“He was just one of the boys; we always had a good time together. But when he passed away, it did come to light that he had been battling with a few things, but he kept it all pretty close to his chest.”

As a salute to his late friend, Mr Knowles will be participating in Dry July, a campaign in which participants go without alcohol for the month of July. Typically, the campaign is to raise money for cancer research, but he will instead give his fundraising efforts to the Will To Live Charitable Trust which focuses on initiatives specifically designed to help young rural people suffering from mental health issues.

“I thought there might be a few quibbles about it not being for cancer research but everyone I talk to sees it as just a worthy cause.”

The 24-year-old admits going a month without drinking will be quite a change in habit for him.

“I am a pretty social person. I like to catch up with mates at the weekend, go hunting and have a few beers.”

While he is nursing a broken hand, , Mr Knowles’ recreational options in the weekends are a bit limited.

“I’m looking forward to having a good clear head on a Sunday morning. I used to be into running when I was younger, so I plan to get back into that and get fit.”

“I think the reason people aren’t speaking out about their mental health is because they don’t want to be known as that depressed fella; even though very few would ever judge someone for it. And personally, I think if someone was judging, they probably have their own issues going on.”

But he believes attitudes are improving.

“If you talk to people from an older generation about depression or mental health, they’ll tell you that it just simply didn’t exist back in their day, or it was a case of ‘toughen up mate’.

“It has a lot to do with that classic male stereotype; the tough guy attitude — like you are too soft if you show your feelings. This needs to change big time.”

Mr Knowles hopes to raise $10,000 for the charity. More about the fundraising drive can be found on his Givealittle page: Dry July for Mental Health.