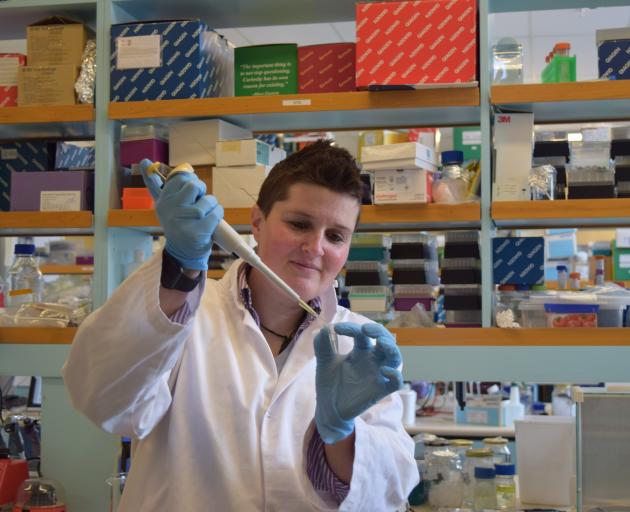 Dr Alexander, a postdoctoral fellow working in Dunedin, has secured a three-year grant from Predator Free 2050 to investigate the genes important to possum reproduction and survival, which could be used in large-scale predator control and eradication.

Farmers could see a benefit from a fall in the possum population because of its potential to spread bovine tuberculosis, she said.

Possums were introduced into New Zealand for their fur from the Australian mainland and Tasmania in the 1800s.

The Tasmanian possums were bigger, had darker fur and were better at handling their core temperature.

The Australian mainland possums tended to be grey and could cope better when a water supply was limited.

New Zealand possums were a genetic mix of these
two sub-species.

Dr Alexander was investigating how the genes were moving between the sub-species by studying tissue taken from possums across New Zealand.

If genes were moving freely between them, then most likely they were genes useful for adapting to New Zealand conditions or toxin resistance.

If a genetics-based pest control was ever used, those would be the genes to target, to alter outcomes for its offspring.

‘‘If it was deemed acceptable by the New Zealand public.’’

The big social questions of genetics-based pest control would need to be addressed before it was put into action.

‘‘Which is a way bigger issue than the science side of it.’’

She was mindful of the social and cultural implications of genetics-based pest control.

Another element of her project will be developing materials in te reo Maori for ‘‘kura kaupapa kids’’ to explain the science of genetically-mediated pest control.

‘‘So people are informed on how the nuts and bolts work but then it’s for communities to discuss what their cultural values are.’’

The more diverse the scientific community were, the better the outcomes were.

‘‘People think differently and can think of different ways to crack nuts — which is important.’’

Predator Free 2050 is a Crown-owned, charitable company established in 2016.

Grants comes from the Jobs for Nature funding, which is provided by the Government as a response to Covid-19.