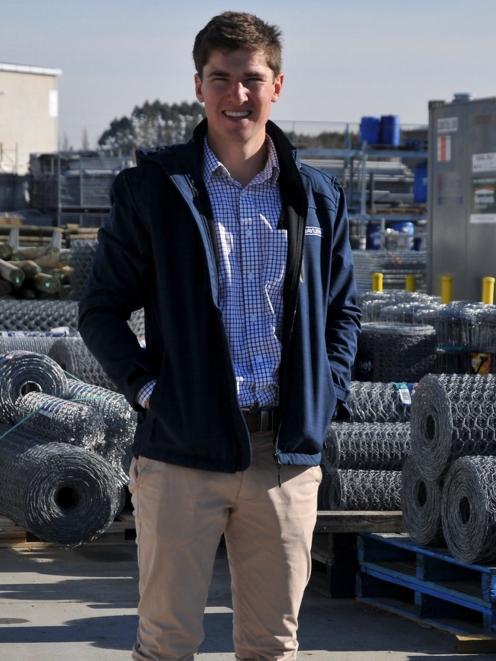 George Black will be clocking up the miles tomorrow. PHOTO: SHELLEY TOPP
A Rangiora real estate agent plans to run 100km in his gumboots to raise money for the North Canterbury Rural Support Trust.

George Black will begin his run at The Peaks, Hawarden, at 4am tomorrow morning and hoped to finish 12 hours later at the Bayleys Real Estate office in Deans Avenue near Hagley Park.

He decided to do the charity run after he ran 76km from Waikari to Christchurch (not in his gumboots) "just to say I could".

After that effort, his sister, Annie, suggested he do another endurance run, this time for charity.

He chose the North Canterbury Rural Support Trust because of the high suicide rate among farmers.

"I grew up on a North Canterbury farm and understand that farming can be extremely difficult at times," he said.

"The trust does a great job helping farmers who are struggling. They are an essential part of rural communities as farming can be an extremely difficult and isolating job."

Friends have also offered to join him on the run at various stages and he has established a Givealittle page for people to donate to the North Canterbury Rural Support Trust.

While he has never run a race in gumboots before, he had run around the family farm in his gumboots.

The 100km run will be much tougher, but he was looking forward to it.

"It is going to be good challenge which is what I like," he said.

"Farmers in North Canterbury are having a tough time at the moment and the generosity of George and his sponsors will help us provide additional wellbeing support to our farming community."